Pests We Treat - Gap in window lets in mice at a Princeton, NJ Home 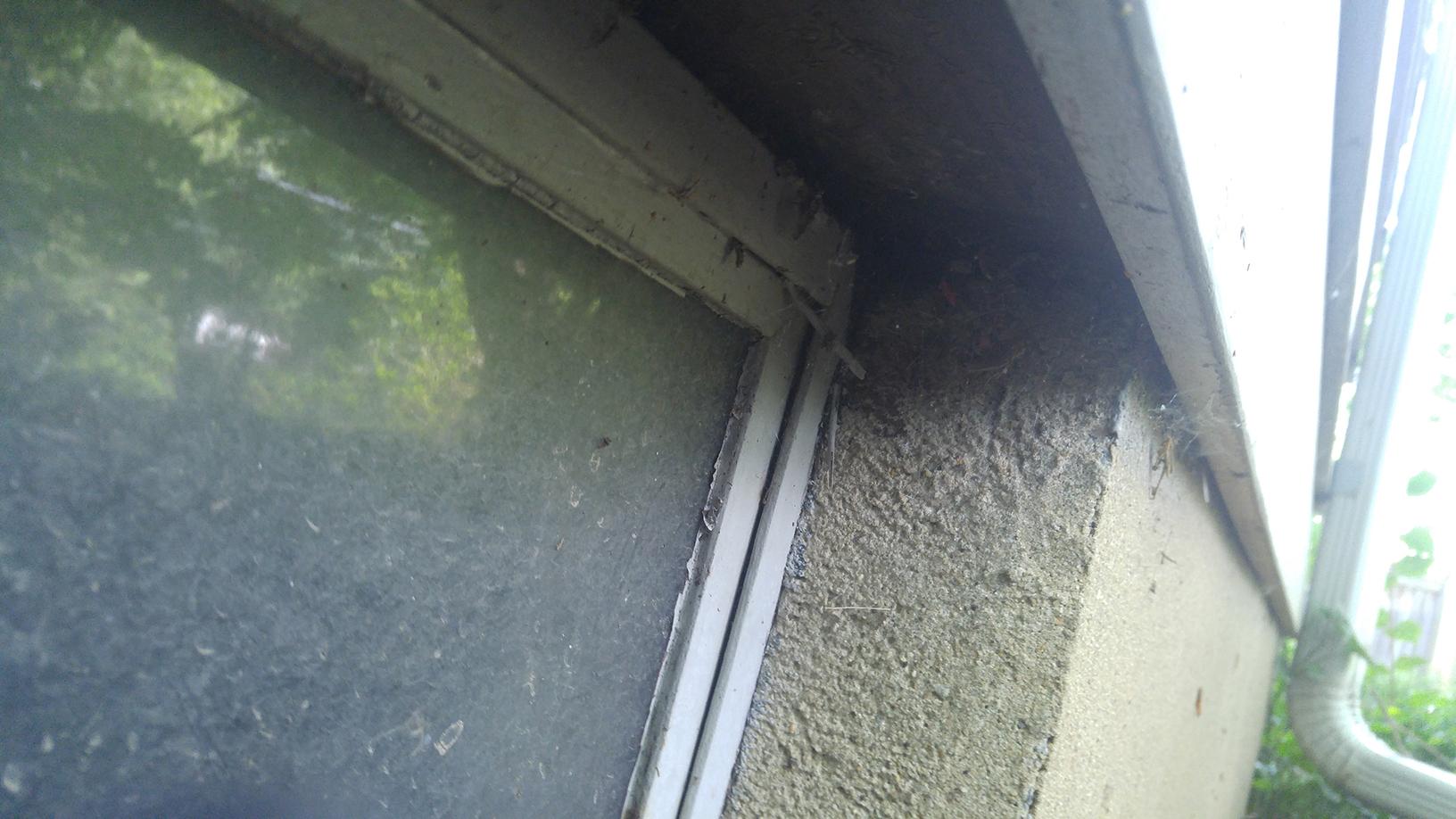 This home had no shortage of mouse entryways. One of the easiest openings was a large opening in a basement window that had been used for a dryer vent that had been removed without sealing the hole. There was a large opening for not only mice but insects and other wildlife as well. I used a bit of Yankee ingenuity to seal this large opening. There was an unused pot for potting plants in the basement, and decided to put it to good use. It happened to fit in the hole perfectly! Once in the hole, I applied some foam sealant around it to make sure that it wasn't going anywhere. (See photo where I sealed the opening in a basement window where an old dryer vent had been removed.) Next, I sealed up utility pipes and gaps around the basement windows. When the basement window frames were installed, the installers chiseled out blocks, leaving a gap that was more than enough for mice to enter.
Back to Previous Page