NJ Stinkbug Invasion! “Come On, We Just Want a Place to Stay for the Winter." 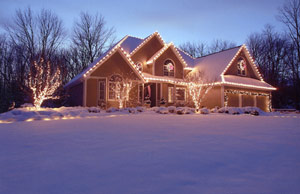 The harshness of winter can be challenging for all of us. But for cold-blooded insects, it is downright brutal. Yet, every spring, when temperatures rise, insects are once again crawling and buzzing around as though winter never happened. How do they do it? These resilient creatures have developed a variety of winter survival adaptations to make it through the winter. Scientists call this process “overwintering.” Here in New Jersey, insects like the Brown Marmorated Stink Bug survive by finding local overwintering sites that provides them with warmth and protection. But what these bugs use as an overwintering site, we happen to call home. Our homes provide these bugs with a convenient, easy refuge from inhospitable outdoor temperatures.

Stink bugs in New Jersey are not the only bugs that look for local overwintering sites. Ladybugs and boxelder bugs also use our homes to spend a nice, cozy winter indoors. But the behavior of stink bugs is markedly different. They are the rudest of our unwanted guests. Stink bugs start to infest homes and other buildings much earlier than other overwintering bugs, sneaking in as early as late August and continuing through the early fall. They make their way through the thinnest of crevices, torn screens, unprotected vents, or loose flashings, often in large number. And once inside, they are not shy about overstaying their welcome, sometimes not leaving until the middle of June. Ladybugs, on the other hand, make their way indoors around November and stay until March or April.

But it’s not just the length of time stink bugs stay in your house. Perhaps most infuriating is their boorish behavior. Ladybugs tend to congregate in a corner or attic and spend the winter there. Stink bugs in NJ are more active, climbing over furniture and getting into your personal belongings. They take over your house with a creepy and unpredictable presence, showing up anywhere and everywhere -- in your laundry basket, on your curtains, in your silverware drawer, on your lamp shades, wherever they can startle and surprise you. When abundant, they leave a noxious trail, staining walls, curtains, and other surfaces with their excrement. And if you try to capture or crush them, stink bugs are like miniaturized skunks. These bugs earned their name from scent glands under their wings and abdomen. If the insect is disturbed, it discharges a pungent, acrid odor. The aroma, which has been described as being reminiscent of rancid almonds or moldy fruit, permeates the air even more with the bug’s wing movement.

These prehistoric-looking shield-shaped dull brown bugs are not from New Jersey. The Brown Marmorated Stink Bug, or Halymorpha halys, is native to Asia. In the United States, they were first reported in our neighboring state of Pennsylvania when in 1996 a few of the bugs were found scampering around the city of Allentown. In 1999, the bugs in New Jersey were first identified in Milford. It only took a few years for the bugs to become well entrenched throughout most of the state. Most likely, the bugs arrived here as stowaways inside packing crates hidden among the tons of Chinese imports that enter our county. As an introduced species with no native predator, the stink bug population has grown virtually unabated. And this year’s stink bug population is expected to be one of the worst with one etymologist describing our current population as “biblical.” It is believed that this year's early spring and summer, combined with the season's relatively low rainfall, has dramatically accelerated insect reproduction.

The primary strategy to avoid stink bugs in your home is barrier control. Seal any cracks with caulking or weather-stripping to keep the invaders out. Rotting windowsills, improperly sealed doors, and holes in window screens are the usual suspects. Any vents, especially those connected to an attic, should be sealed up or screened off to permit ventilation while keeping stink bugs out. Window air-conditioning units should either be removed or properly covered. Dead stink bugs should be cleaned up since they can attract carpenter beetles that feed off the carcasses. When bugs are found inside the home, you can vacuum them, but your vacuum cleaner will soon start to stink if the bag is not emptied. An alternative is to place the bugs in a small jar filled with soapy water or rubbing alcohol.

If stink bugs are found, a professional pest control service can treat the outside of a home to help keep them from entering. As soon as you see them showing up on the siding or the windows, an exterior, preventive spray can have dramatic results. Stink bugs hibernate until the spring, so the best time to treat for overwintering bugs is in the early fall. Spraying creates a highly effective residual barrier, but like any pest control treatment, 100% elimination is impossible. Nevertheless, a thorough external treatment will go a long way in reducing stink bug sightings inside your home.