Tick-borne disease is a serious and growing threat in your own backyard. In the northeastern United States, people are most likely to contract Lyme disease at home. Your odds of contracting the disease are directly related to the number of ticks existing on your own property that carry the disease-causing bacteria. Cowleys Pest Services offers tick control services throughout Mercer, Ocean, Monmouth, Somerset, & Middlesex County. We serve Somerset, Edison, Lakewood and more.

What is Lyme Disease? 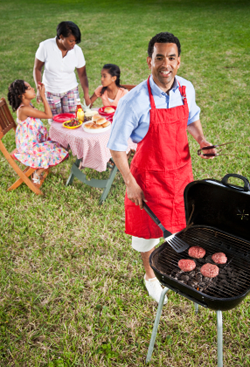 Lyme disease is not an illness to be taken lightly. It can be difficult to diagnose, and if it goes undiagnosed and untreated, it can result in serious, permanent damage to the victim's joints and heart. Animals can be affected, too. Dogs, cats, and horses are all subject to Lyme disease. Lyme disease is the most frequently reported vector-borne illness in the United States, and the number of cases continues to rise. In the year 2002, state health departments received reports of 23,000 cases, and the total number of cases might actually be much larger. According to estimates by the Centers for Disease Control and Prevention, nine out of ten cases go undiagnosed and unreported.

Close to 50% of the deer ticks in New Jersey are infected with and able to transmit Lyme disease. Newly hatched deer ticks do not initially carry this disease; they pick it up from an infected animal. Once a tick picks up the bacterium, it will retain it as it molts to its next stage, and is able to infect future host animals. Ticks cause diseases because they are not one-way valves. While feeding, it releases some of its own potentially disease-laden blood containing bacteria, spirochetes, rickettsiae, protozoa, viruses, and nematodes. With just a single tick bite, you or a family member can be injected with a toxic brew of multiple pathogens.

The specific bacteria that causes Lyme disease is Borrelia burgdorferi. According to the NJ Department of Health, in 2009, almost 5,000 reported cases of Lyme Disease were reported in NJ. According to the William Paterson University's Department of Nursing, College of Science and Health, New Jersey is one of the eight states reporting over ninety percent of all cases of Lyme Disease nationwide. So make no mistake about it. In New Jersey, Lyme disease is a serious problem.

The deer tick is the culprit that infects people and animals with Lyme disease, so when most people think of the disease, they naturally think of deer as the transmitter of Lyme disease. In fact, deer are only part of the story. While deer serve as hosts to the deer tick, they do NOT play a role in spreading the disease. Even if deer are infected with Lyme disease, they cannot pass it on to anything or anyone -- including the deer tick. There can be deer ticks and Lyme disease present on your property even if a single deer has never stepped foot on your property. By far, the most important player in the spread of Lyme disease is the white-footed mouse. This is the rodent that primarily harbors the bacteria that cause Lyme disease. Ticks pick up the bacteria when they feed on the blood of infected mice and then transfer that infected blood to humans and other animals.

What are the Symptons of Lyme Disease?

Symptoms of Lyme disease include a “bulls-eye” rash or ring-like rash developing 3 to 32 days after a tick bite. Symptoms may also include fever, headache, muscle and joint aches, significant fatigue, facial paralysis and cardiac arrhythmias. If you experience these symptoms seek medical attention immediately. If detected early, Lyme disease is often treatable with antibiotics. Late infection symptoms include intermittent or chronic arthritis and nervous system abnormalities. It is important to start antibiotic therapy to reduce the risk of arthritis, neurological, or cardiac complications.

The risk of being bitten by an infected deer tick is greatest in the summer months when the nymph stage is active and people, especially children, are most active outdoors.

What do Deer Have to do with Lyme Disease?

It is a common misconception -- perhaps because the Blacklegged tick or “deer tick” (lxodes scapularis) is the most common vector for Lyme disease -- that deer are the principal reservoir hosts. These ticks are referred to as deer ticks because they are dependent upon the white-tailed deer for reproduction. These ticks use deer as a final blood meal before dropping to produce thousands of eggs. As such, deer tick populations are directly correlated to deer densities. However, while deer facilitate the breeding of ticks, they are not directly responsible for transmitting Lyme disease.

Deer are considered “dead-end” or “dilution” hosts that rarely become infected with pathogens in stark contrast to rodents that do transfer a wide range of pathogens. Reducing deer population in large areas is an effective method of tick control and the risk of humans contracting Lyme disease. However, studies indicate that the reduction of the deer population in small areas may well be counterproductive. Research has shown that deer removal in small areas may create tick hot spots, increasing tick density especially those ticks that are infected with pathogens from rodents.