As this homeowner in Little Egg Harbor, NJ was mowing his lawn, as he was getting close to the bushes near his property, he was suddenly attacked and stung by several angry bald-faced hornets! He immediately went inside and called Cowleys for help.

When we arrived, we equipped our protective bee suit and began to search for the nest. After several moments, we found it expertly hidden in the bushes!

We treated the nest with a knockdown liquid application, which exterminates the bald-faced hornets almost immediately. Once all the hornets were eliminated, we removed the nest, and the branch it was attached to, and properly disposed of them. 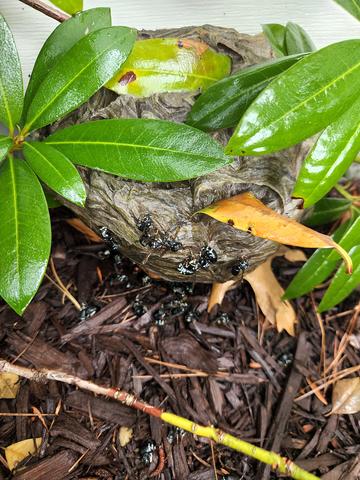 By using a knockdown liquid product, the bald-faced hornets will be quickly eliminated. 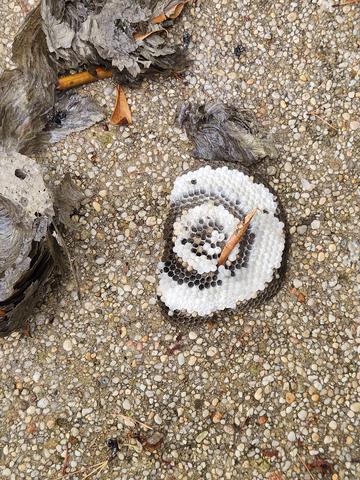 Now the nest is removed and the property is free from hornets!

Article: Should I Buy a Home if Termites Were Discovered?
Press Release: How to Stay Safe from Mosquito-borne Diseases
Article: Silverfish: What You Need to Know
Video: Safely Deterring Woodpeckers in...
Before & After Photos: Sealing an Entry Point for Mice in Freehold, NJ
Back to Previous Page
Back to Case Studies