Silverfish: What You Need to Know 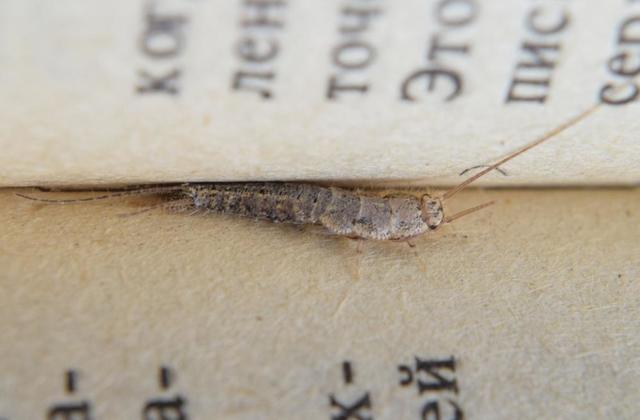 Silverfish get their name from their silvery, metallic appearance, and fish-like appearance and movement. They're also called “bristletails” because of their three long, bristle-like or tail-like appendages on the rear end of their body. Silverfish are approximately 1/2 - 3/4 an inch long, can move and climb very fast, and are typically seen in moist, humid areas of a home, such as bathrooms, basements, and attics. They can survive for weeks without food or water but need a high humidity environment (between 50 to 70 percent) to survive.

They're nocturnal and tend to hide their presence from humans in tight cracks or crevices during the day, which means any damage they cause can go unnoticed for long periods of time. They can cause damage by chewing clothes, wallpaper, books, and upholstery.

Their diet consists of paper items, glue, clothing, flour, and oats. They are cannibals and prefer protein foods, such as dried beef or even their own dead! The female silverfish lays about 1-3 eggs per day and hides them in cracks and crevices around your home. Under favorable conditions, which are between 72-90 degrees, it takes approximately three to four months silverfish to develop and they can live for up to three years.