While servicing a community in Pennington, NJ, we came across a bald-faced hornets' nest at a low branch in front of a home.  This nest was extremely active with foragers coming and going.

Bald-faced hornets are social stinging insects that are a close relative to yellow jackets. The surface of their upper midsection almost looks triangular from the side, and they have white markings on their face. They are EXTREMELY aggressive and will not hesitate to sting anything that invades their space. Their stings carry venom that makes the stings hurt, itch, and swell for about 24 hours. Humans are at the same risk of allergic reactions from bald-faced hornet stings as with other insect stings. What makes them even scarier is they have smooth stingers, which means they can sting over and over again, can actually sense vibrations in the air, and remember their invader's face!

We equipped our protective bee suit, grabbed our extendable pole, and treated the nest with an aerosol application and then a dusting application. Both of these products will exterminate the bald-faced hornets almost immediately. After several moments, we removed the nest and the branch the nest was attached to and disposed of them properly. 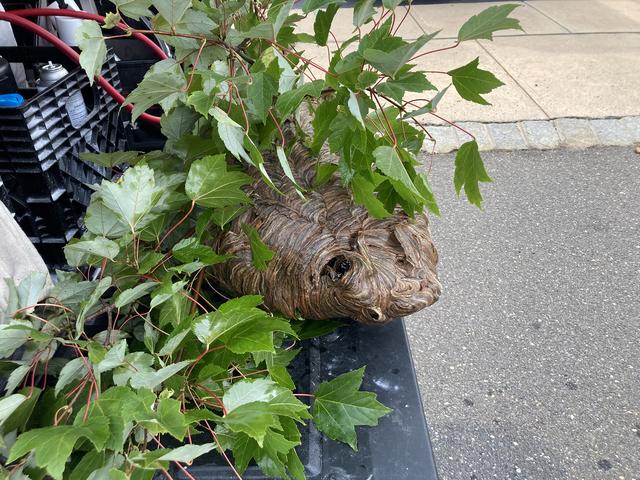 Here's the nest. It's about the size of a soccer ball. 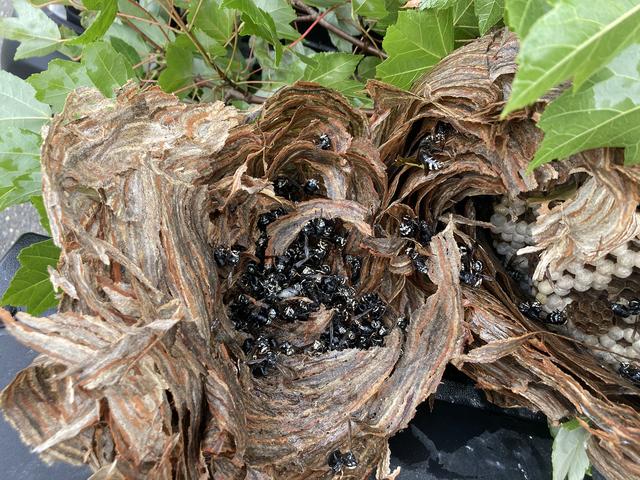 At their peak, these colonies may contain between 100 to 400 angry bald-faced hornets! 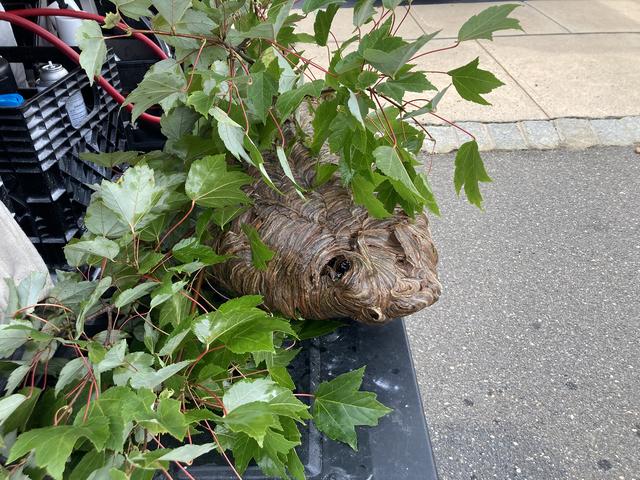 Now that the nest is removed, we'll dispose of it properly.

Article: 3 Proven Methods for Managing Stinging Insects Around Your New Jersey Home
Press Release: Invasive Species Outlook: Which Pests To Keep An Eye Out For In And Around The Home
Article: Bald-Faced Hornets: Cousins of Yellowjackets
Video: Cowleys Saved My Koi Fish
Video: Expertly Camouflaged Yellow...
Back to Previous Page
Back to Case Studies