A very concerned client in Pine Beach, NJ was notified by their delivery company that a wasp issue was occurring by their front door. The driver actually got stung when he placed the package on the doorstep. The homeowner immediately called Cowley services and we were dispatched to the home to figure out what exactly was going on.

When we arrived we found a large paper wasp nest attached to the stucco above the front door. Paper wasps can be very territorial when they think they are under attack. They make nests out of paper-like material that looks like an umbrella with several galleries inside where they lay their eggs for pupation.

We decided that the best course of action would be to treat the nest with an aerosol application that exterminates the paper wasps almost immediately. As soon as we treated the nest, we stepped back for a few minutes and then returned to remove it. We then properly disposed of it and treated the area with a residual application to prevent paper wasps, or any other stinging insect, from building a new nest in the area. 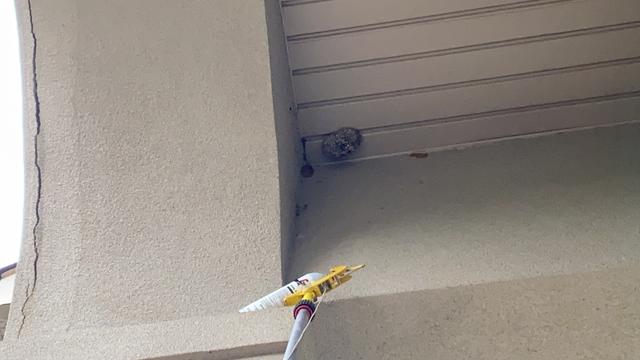 The nest may be small, but it's still a danger to the homeowners and their guests. 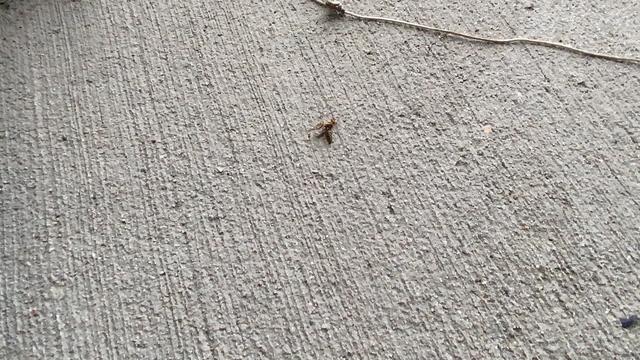 The treatment we used almost immediately eliminates the paper wasps. 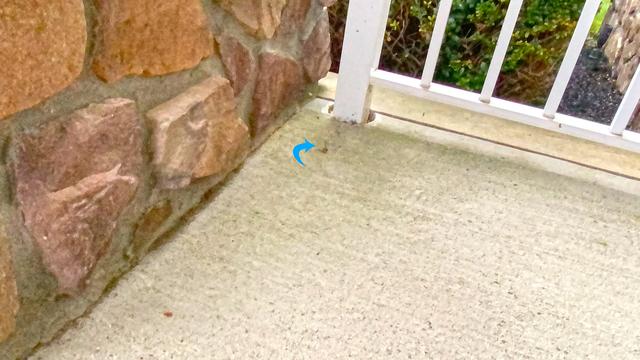 Article: 3 Proven Methods for Managing Stinging Insects Around Your New Jersey Home
Press Release: Three Tips for a Pest-Free Holiday
Video: Paper Wasp Nest Found Under the...
Photo Gallery: Yellow Jackets Coming Up From the Ground in...
Back to Previous Page
Back to Case Studies