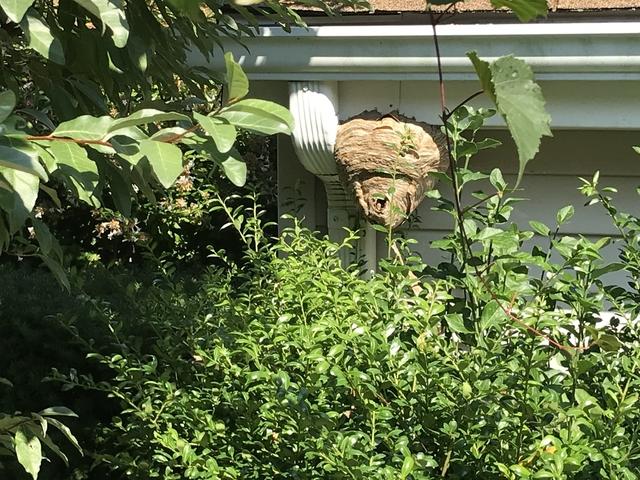 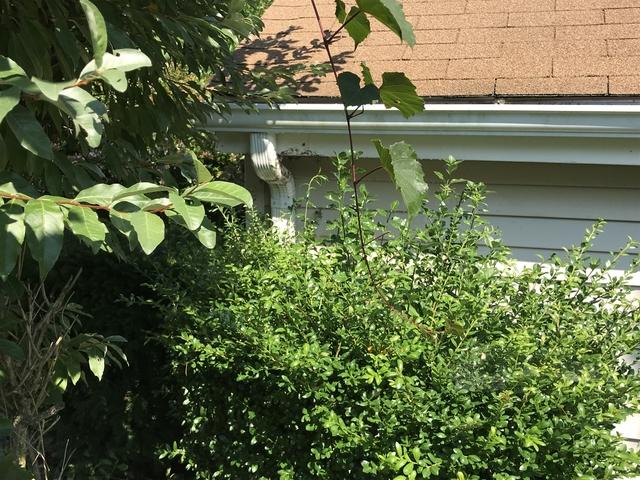 Cowleys handles all of the pest control needs of a community of homes in northern Howell, NJ. Recently, I was contacted by the property manager and asked to inspect and treat a resident’s home for ants, and did so. Whenever I am at a residence, I always perform an exterior perimeter inspection for pest activity. Often, we uncover a pest infestation that the homeowner had no idea was lurking right outside their door!

Here, I came across an active bald-faced hornets nest. The homeowner was shocked that he missed their activity. These particular wasps are close relatives of yellow jackets and they are just as nasty and aggressive, singing anyone or anything that comes into the “danger zone” around their nest. These wasps, unlike bees, can sting repeatedly, so a swarm of them can pose quite a dangerous situation.

Bald-faced hornets often build their paper-like nests of chewed wood mixed with their saliva in shrubs, trees, and sheds, usually 3 to 4 feet off the ground. They also will attach their nests right onto homes. Here, the wasps built their nest in the overhang between the soffit and gutter. In late summer, insect activity is at a peak since they have been active for quite awhile and you’ll start seeing some large, mature colonies with potentially hundreds of workers.

During the day, these nests are exceptionally active with workers hovering about the nest, flying in and out. It’s pretty much impossible to sneak up on them, so treating these nests must be done carefully. I did not want to take any chances and put on my protective bee suit. First, I sprayed the opening of the nest with a foam that kills the wasps almost instantly. It is important to quickly knock down the population as fast as you can once you rile them up. I waited a few minutes for the product to work. After I saw no more activity, I removed and bagged the nest, taking it with me off the property. It is important to remove all remnants of activity so that other insects are not attracted to the same area.

The homeowner was thankful that I located and treated this wasp infestation before anyone was stung.