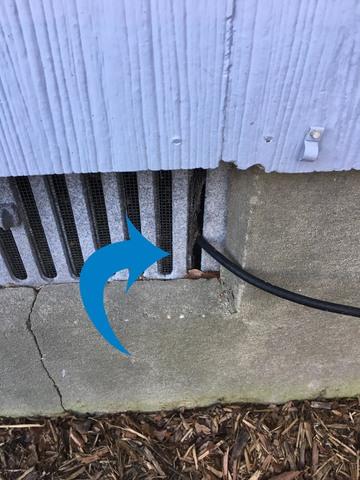 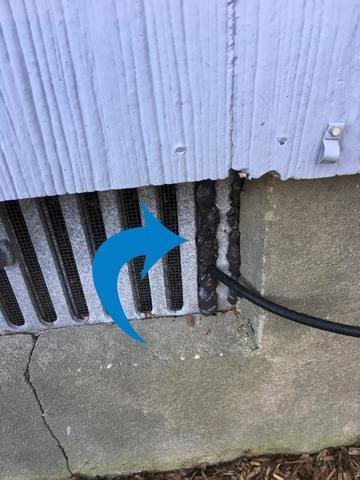 Recently, I was sent to a home in Jackson, NJ that had a troublesome mouse infestation. Mice will commonly enter homes through gaps, cracks, or openings around the foundation to gain access to the crawl space or basement, and from there, travel through wall voids throughout the home searching for food and water. More often than not, they wind up foraging for roof debris in the kitchen and find hidden harborage areas, often where there is heat like around ovens and under refrigerators around the motor housing.

Here, after discussing with the homeowner, where mice were spotted, I moved out the oven from the wall. There were extensive droppings and an opening around the gas pipe providing the mice with easy access into the kitchen. I sealed the opening around the pipe with hardware cloth and also placed mouse bait stations behind there. Mice will travel in the same pathways alongside walls. Inevitably, they will enter the stations enticed by the tempting bait. Soon thereafter, any mice that visited the station and consumed the bait die.

After finishing up with the kitchen, I entered the crawl space to determine how the mice were first gaining entry into the home. While down below, I placed more bait boxes right below the kitchen to catch more mice before they even had a chance to venture into the living spaces above. While inspecting the interior perimeter of the basement, I found openings around the crawl space vents that were more than enough for mice to enter. I sealed these openings to prevent new mice entry into the home. With the perimeter entry points sealed and bait stations to deal with any mice already inside, I’m confident that it will not take long for this rodent infestation to be completely resolved. With rodent activity, we schedule a two-week follow-up to reinspect, replenish bait as needed, and determine additional treatments, if necessary.