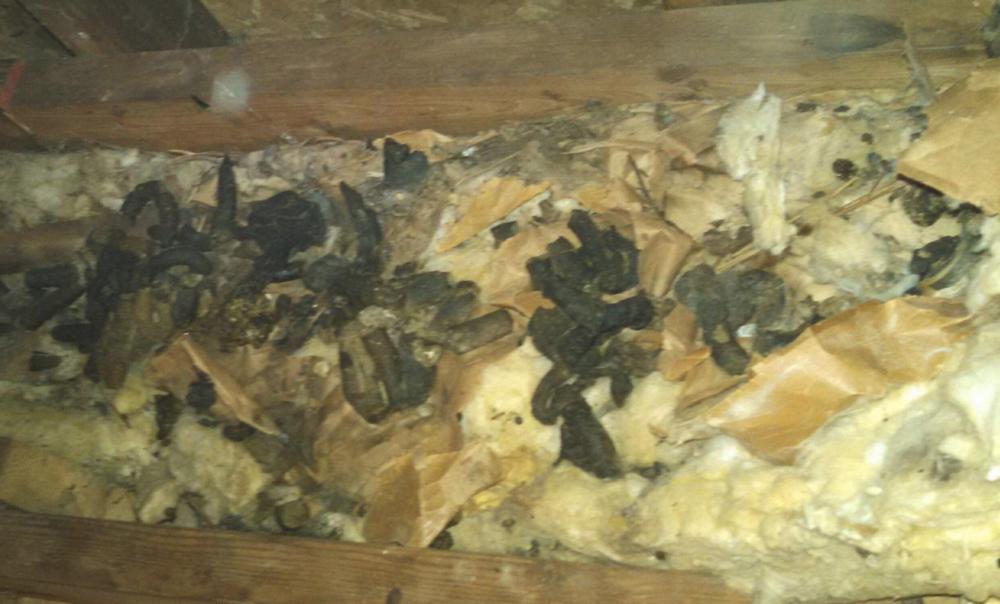 Raccoon droppings can be extremely hazardous. Raccoons are a host to a number of parasites such as Lice, Fleas, Guardia Lamblia and Raccoon roundworm. The excrement left behind in the insulation can contain these parasites. Oftentimes people with Raccoons in the attic will notice that their pets have fleas or household members find lice that they never had before.

There are several different diseases associated with Raccoons as well as parasites such as: Rabies, Canine Distemper, Balylisascaris, Giardiasis and Letospirosis.

The Droppings of a Raccoon can contain Raccoon Roundworm (Baylisascaris). This parasitic worm can and does infect humans. The egg spores are light, invisible to the naked eye, and become airborne, so people breathe them in and become infected easily. Infections in humans can lead to a larval parasite migration to the central nervous system. These egg spores can live for years as dry pods if not removed. This is very dangerous to humans especially children, and are a much more realistic threat than Rabies.