Wildlife Removal Case Studies: Skunks in Avon May Not Be Able to Play Croquet, But They Can Still Enjoy Croquet Courts

I learned something new about croquet with this wildlife job in Avon. This game is much more than backyard recreation to play during a family BBQ. It is also a serious sport with competitive tournaments with rules that are set forth for “9-Wicket Croquet” by the United States Croquet Foundation. What does all this have to do with nuisance wildlife? The grass on a competitive, regulation-size croquet court is kept very short, similar to the well-maintained, manicured, closely trimmed grass you would see on a golf course putting green. These lawn areas are not immune to nuisance wildlife. When animals decide to invade these playing fields,  they can cause extensive damage and, if bad enough, the facility may have to even cancel member usage until the infestation is resolved.

I was dispatched to some beautiful croquet courts in Avon By the Sea to deal with some pests that were wrecking havoc on the courts. There were four adjacent croquet courts adjacent to each other. Croquet games here are played here daily, along with weekly tournaments. The members of this croquet club are serious about croquet!

Cowleys was contacted because there was a heavy infestation of grubs. Grubs are the white C-shaped larvae of beetles.  They feed on the roots of grass and plants as well as organic matter in the soil. They can quickly ruin lawns because their incessant feeding will soon cause large sections of lawn grass to wither away and die. Grubs eventually turn into adult beetles and emerge from the soil to mate a lay eggs, which hatch into more grubs. It’s a lawn-destroying death spiral!

But that’s not all. Skunks, among other nuisance pests, like to eat grubs. With these croquet courts in Avon, skunks would sneak in at night and have a feast with the plethora of grubs infesting the courts.

I placed three traps that I baited with a "grub stake" paste for skunks. For trapping wildlife, whenever possible, you should bait traps with whatever the target animals are used to feeding on at that location. Wildlife is surprisingly smart and cautious, and are wary of new food sources in an area. I will be monitoring these traps closely, due to the fact that the fields are being used frequently. I am confident that I will quickly eliminate the skunk problem. Once the skunks are safely trapped and relocated, the maintenance team will be able to address the grub issue, and get the courts back into tip-shape for games — and once again, the members will be hearing the familiar invitation, “Croquet, Anyone?” 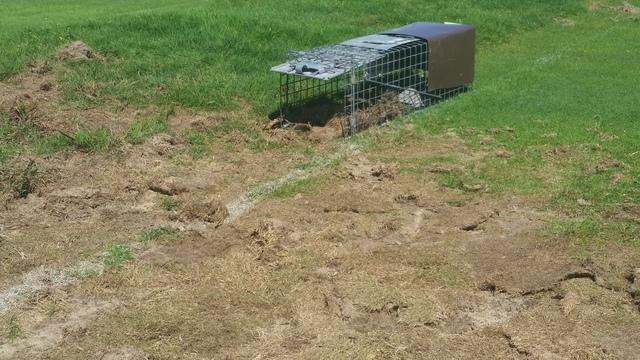 One of three skunk traps set in Avon, note the grubs for bait. 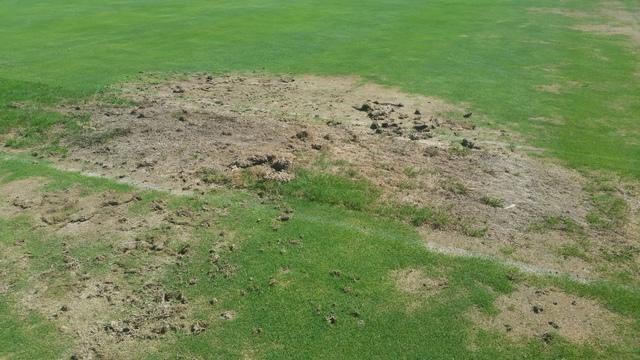 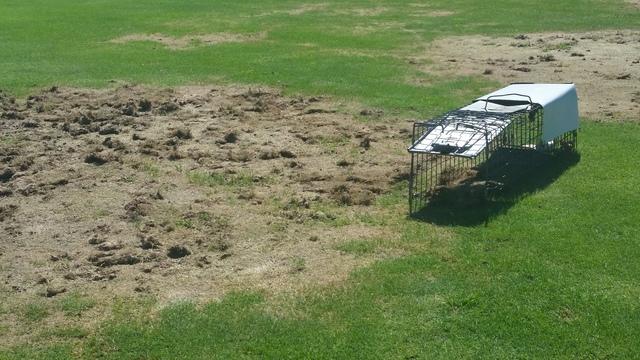 Video: Installing a Beaver Deceiver to...
Video: Securing a Shed from a Groundhog...
Photo Gallery: Protecting the Deck and Excluding Skunks in...
Back to Previous Page
Back to Case Studies