A Trenton homeowner called Cowleys to resolve a very messy problem – bats leaving their droppings (guano) all over their front porch and driveway. If bats are in the house, they usually congregate in the attic. Although bats are small creatures, because of their numbers, a colony, or cloud of bats can produce amazingly large quantities of guano relatively quickly. Bat guano resembles rodent droppings, but are often shiny and speckled because of their insect diet. Also, these messy bats also leave milky white urine stains. Suffice it to say, bats in and around your home are a problem, not just because of the bats themselves, but because of their toxic waste that they spread all over.

Upon inspection, I determined that the bats were not actually getting into attic; rather, they were roosting under the fascia boards around the home. The fascia are the boards that trim the bottom edge of the roof that usually hold the gutters. Because of their position, they rot more quickly than most other house trim, and this soft wood often provides easy access for wildlife.

After determining their roosting location, I knew exactly how to help eliminate their bat and bat guano problem. I installed bat exclusion foam over all of the the peak and fascia board areas around the entire home’s perimeter. This will block off all potential openings where the bats could access behind the fascia. Then, I installed “Batcones” in a few locations around the home to allow any bats behind the fascia to escape. These cones are effective bat exclusion devices designed to allow only one-way access from a roosting site. They allow the bats to leave, but once out, they stay out! The cones are installed in a downward angle, and because of their hard plastic surface, the bats, with gravity working against them, have nothing to grab onto in order to crawl back in and re-enter their roost. I will let the cones sit for a week to make sure that that all the bats are out, then I’ll remove them and permanently seal the holes to complete the exclusion.

After finishing my installation, I spoke with the homeowner to let her know where the bats were roosting, and how I resolved her bat guano problem. Once the bats relocate to another roosting site away from her property, no more droppings! This homeowner was thankful that she will no longer have to deal with her car being “decorated” with bat droppings, and that she will be able to walk out her front door without stepping into a thick clump of gluey bat guano. 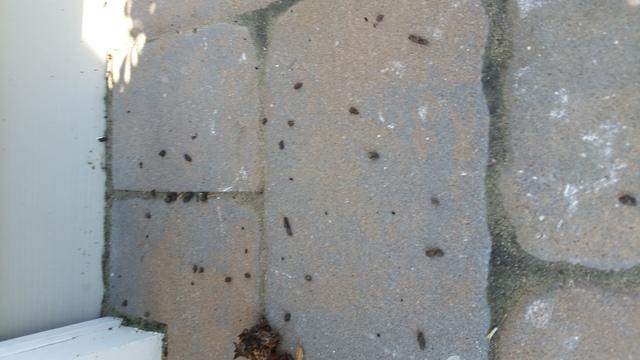 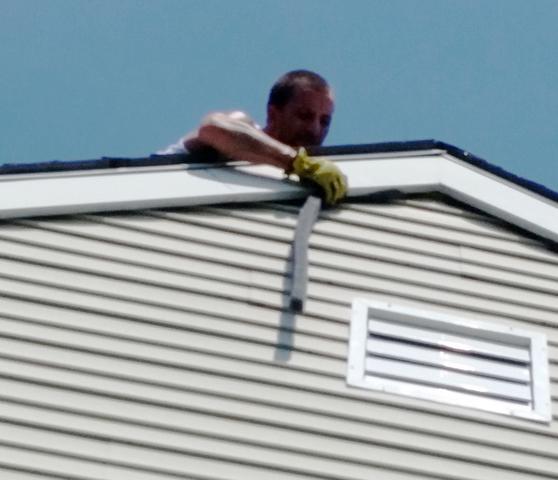 Installed bat exclusion foam over all of the the peak and fascia board areas around the entire home's perimeter. 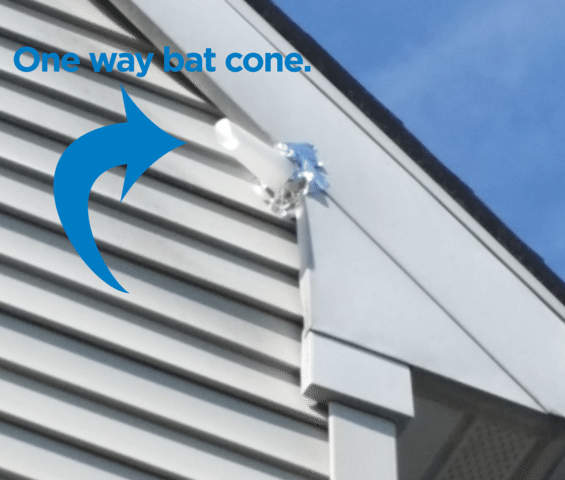 Bat cone installed in Pine Beach, NJ to make only one way out!