Wildlife Removal Case Studies: Looking for Ants and Found a Bat in the Attic in Flemington, NJ

I was sent out to inspect and treat a home in Flemington, NJ for ants. During my inspection, I found a few pavement ants in the garage area that were trailing from a hole in the window. As I was informing the owner, she had mentioned that she was hearing some noises in her attic and thought there might be mice roaming around up there. I took a look and, to my surprise, found a bat hanging on the rafters!

Bats can be dangerous because they carry rabies and their droppings carry Histoplasma capsulatum — a fungus that leads to Histoplasmosis disease. Histoplasmosis is a type of lung infection that affects people with weaker immune systems and is fatal. I immediately told the owner who contacted our Wildlife Division who will send someone out later that day to safely remove the bat and exclude it from getting back into the home.

To treat for the ants, I treated all along the entire exterior of the property and, with the homeowner's permission, the garage area with a liquid residual application. Afterward, I applied a granular bait along the landscape beds. When the ants unknowingly come in contact with either of these products, they will carry them back to their nest and transfer the treatments to the other ants in the colony, including their reproductive queen. In a short amount of time, the ants are neutralized. Even though the homeowner mentioned that her husband was going to replace that window in the garage, I made sure to seal up the hole in the window with a premium, waterproof adhesive to prevent any ants from entering the garage area until the window is replaced.

When I finished, a member of our wildlife team arrived and found that the bat was able to enter the home through the static vent and a small hole in the fascia board. In order to safely remove the bat from the attic, he installed a bat cone, which is designed to allow the bat to safely leave the attic, but prevent it from getting back in.

Afterward, he installed a vent guard over the static vent. These vent guards are made of heavy-duty 18 Gauge expanded Galvannealed steel mesh and prevents bats and all nuisance wildlife from entering the home through the static vent. Once the bat is safely removed from the home, he'll remove the bat cone, seal the access point with sturdy, metal flashing, and disinfect the attic area. 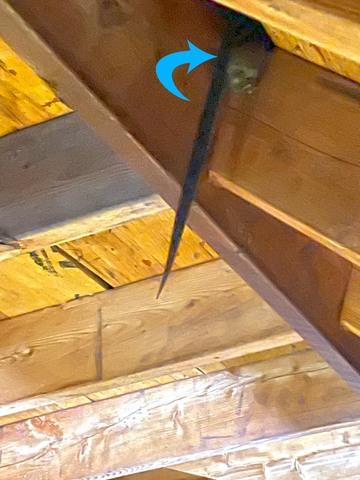 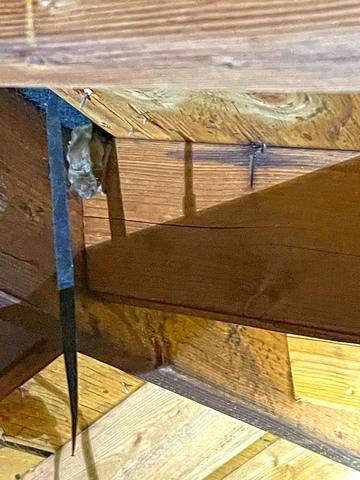 Our wildlife team will safely retrieve this little guy and remove it from the home.

Press Release: Watch Out for Winter Wanderers
Video: Bat Bugs Crawling in the Attic in...
Photo Gallery: Bat Receives White Glove Service in Rumson, NJ
Before & After Photos: Bats Make a Mess in the Attic in Dayton, NJ
Back to Previous Page
Back to Case Studies