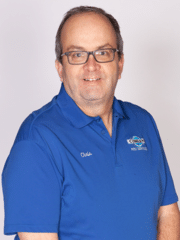 Chris Fyfe, Associate Certified Entomologist, has been the lead commercial technician for Cowleys since 2004, with more than two decades of pest control experience and was entrusted with the Cowleys high-profile commercial accounts that demand the highest level of service. In December of 2019, Chris joined our office staff as one of the Appointment Center Representatives!
Chris is a licensed NJDEP commercial pesticide applicator, holding Core certification and a number of Category certifications including 7A certification for general and household pest control, 7B certification for termites & other wood-destroying insects, 7D certification for the use of applications in and around facilities involving food, 8B for mosquito control,and the DEP’s new category 13 certification for using Integrated Pest Management (IPM) in schools.
Chris continues to be a life-long learner. He’s already completed the Purdue University Correspondence Couse for Integrated Pest Management. His expertise is recognized beyond Cowleys. For example, since 2013, he has served as Vice President of the Eatonbrook Cooperative Corporation Board of Directors.
Chris is unflappable, able to remain even-keeled while multitasking among his regularly scheduled accounts, community properties, and any other customer issues that come his way. His institutional knowledge built up from years of practice is invaluable to our newer technicians, and he always makes himself available to troubleshoot issues. When others have a seemingly intractable problem that defies solution, Chris, with his encyclopedic knowledge and decades of field experience, invariably has the answer.
Over the years, Chris has formed strong relationships with not only with the apartments, nursing homes, and other senior living facilities that he services, but also with the residents themselves. On a service call, a resident whom he knew for years wasn’t acting quite right, and he let the facility administrator know of his concerns. Soon thereafter, Chris found out that she was on the verge of slipping into serious medical distress. EMS was called in, and she was transported to a local hospital. That incident exemplifies Chris.
When not working, Chris values family time with his wife and daughter. He enjoys NASCAR, paintball, and anything outdoors. Chris is also an avid runner and has completed several 5K races, and is training to race in half-marathons as well. He is one of those goal-focused people with a mastery of time management who manages to accomplish everything that he sets out to do.
Customer Reviews
About Me
View all Reviews
Testimonials
from customers I've helped!
View all Testimonials 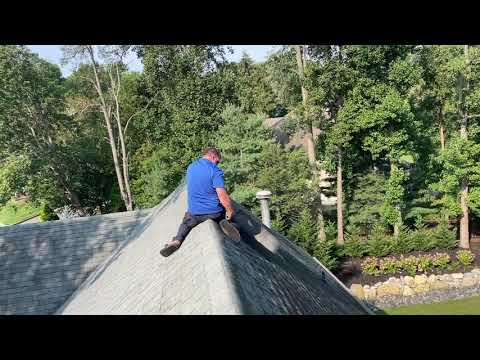 Securing a Home from Squirrels in Holmdel,...

Now that we safely and successfully removed all the squirrels from this home in Holmdel, NJ, we must prevent... Watch Video »

Sanitation tips to keep mice out of Princeton, NJ...

Bed bug control and removal for senior housing in...

Near perfect score from AIB

Monday, Jul 12th, 2021 What Attracts Mosquitoes to Your Yardmore »
Thursday, Jun 14th, 2018 How to Reduce Mosquitoes and Flies Around Your Businessmore »
Back to Previous Page Back to Meet The Team