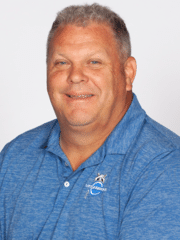 In October 1991, Drew Cowley founded Cowleys Termite & Pest Services. As the saying goes, he started his business on a wing and a prayer. Drew entered the world of pest control with no connections, no family seed money, no office, and not a single client. All he had was a pest control license, a truck, and the necessary equipment and products. But, fortunately, he had the most important asset of any business to achieve success -- an unwavering commitment to do right by every customer who was willing to give him a chance.

During the first four years, the business was literally a one-man show. Drew did it all with no backup, no safety net, no vacation, and no sick days. Any day that ended in a “y” was a work day. He was the business manager, sales person, and technician all rolled up in one.

Drew knew that business was not going to come to him, and he had to make the effort to get the word out any way he could. He knocked on doors, cold called, and turned his entire extended family and all of his friends into a small army of unpaid representatives. In the early 90s, advertising was limited, and the Yellow Pages was one of the few games in town. However, since it printed only once a year, he had to do all the work upfront himself -- well before his first ad even came out. And when the directory finally was distributed, Drew found himself surrounded by dozens of more established competitors.

Drew was determined to make a name for himself. He made sure every job was done to perfection. Word of mouth referrals snowballed, and business was booming. For him, a half-day of work meant 12 hours. He was happy for all of the work, but he knew that he could not keep up the pace by himself. He needed help, and turned to the one person who he knew and trusted more than anyone: his brother, Bill. Bill was contemplating a career change and he saw the potential of what his brother had started. In 1996, they joined forces. Soon thereafter, there were two other technicians and three Cowleys trucks on the road.

Over the years, Cowleys added more services to its core pest control business and the business name is now Cowleys Pest Services. Drew, who still remains very hands-on out in the field working side-by-side with the technicians, manages the divisions that handle bird deterrence, nuisance wildlife removal, and attic insulation. His brother Bill manages the rapidly expanding mold treatment and crawl space encapsulation businesses, as well as the seasonal Christmas decorating business.

Drew has multiple certifications from the National Wildlife Control Operators Association (NWCOA) with expertise in all types of nuisance birds and wildlife.

Commercial Pesticide Applicator License in Core, 7A - General and household pest control, 7B - Termites, and  7D - Food manufacturing and processing

He holds a variety of pest control designations through the State of New Jersey DEP.

His hobbies include anything and everything to do with his kids, and supporting their endeavors in a variety of sports. For himself, Drew enjoys golfing and spending as much time as he can on the beach during our special Jersey Shore summers. 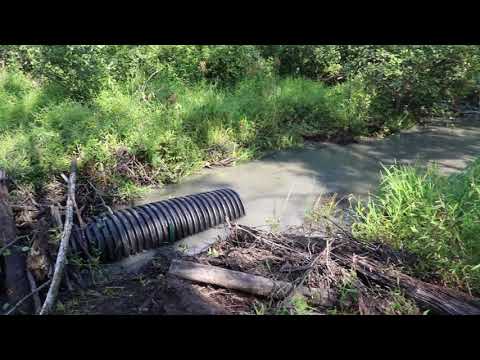 How a Beaver Deceiver Works in East...

Although the beavers have been safely removed from the area, there will always be more and they will continue... Watch Video »

Squirrels Getting Under the Chimney in Princeton,...

Face-to-Face with a Raccoon in Freehold, NJ

Filling an Attic with Blown-in Cellulose...

Squirrels and Raccoons Harboring in Home in North...

Wednesday, Jan 20th, 2021 Should You Schedule a Pest and Termite Inspection for the Home You're Buying?more »
Friday, Mar 27th, 2020 How Bird Solutions by Cowleys Excludes Nuisance Birdsmore »
Monday, Jul 12th, 2021 What Attracts Mosquitoes to Your Yardmore »
Monday, Apr 6th, 2020 The Difference Between Moles & Volesmore »
Back to Previous Page Back to Meet The Team