Cowleys Pest Services Before & After Photos 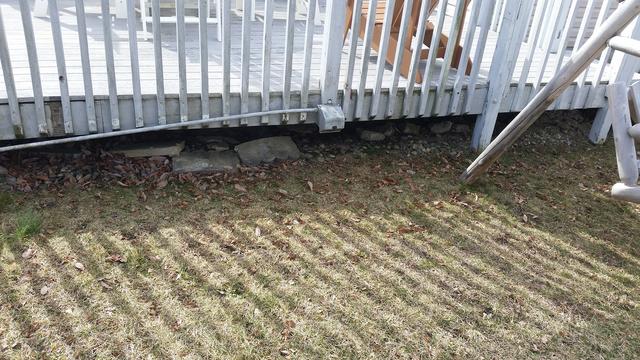 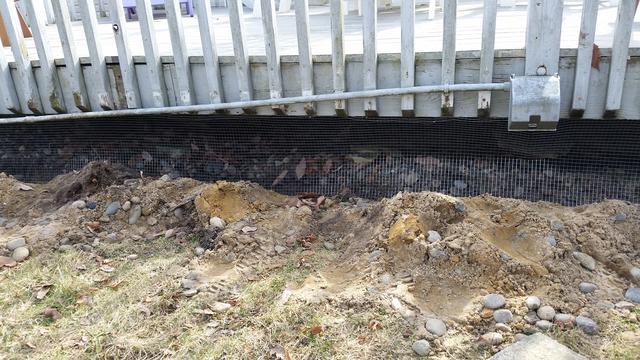 A residential customer in East Windsor contacted Cowleys because of an on-going issue with skunks. We all know the major problem of skunks: the pungent smell of their spray. Here’s a free wildlife technician tip: If you or your pet are sprayed by a skunk, vinegar or tomato juice will mask the smell until it fades with time.  Another recommended home remedy is mixing a quart of hydrogen peroxide, ¼ cup of baking soda, and 2 tablespoons of dish detergent. It’s best to discard your clothes — getting out the skunk smell out of your clothing is more trouble than what it’s worth, and you don’t want to go out on the town smelling like “Pepe Le Pew.”

Besides their spray, skunks can also destroy lawns. Using their long front claws to dig in soil, they are expert insect hunters.  For homeowners, seeing chunks of grass peeled back is a disturbing sight. Lawns that have a heavy infestation of grubs (beetle larvae) often wind up with a skunk problem. Skunks will dig up lawns to go after the grubs. Fortunately, here, there was not any lawn damage. During the winter, while skunks don’t actually hibernate, the stay in their dens and become inactive, eating little and sleeping a lot.

When I arrived at her home, the homeowner was quite upset, and rightfully so. She explained that she how has had a skunk problem for a while. Another nuisance wildlife company had come out there, but the technician failed to trap a single skunk. Based on her description, they set the wrong traps and used the wrong bait. Peanut butter is not the universal bait to trap any type of nuisance wildlife. For trapping wildlife, a good wildlife tech will try to bait traps with whatever the target animals are used to feeding on at that location. Wildlife is surprisingly smart and cautious, and are wary of new food sources in an area.

After listening to the homeowner’s frustrating saga that had gone on for far too long, I came up with the best solution. Just because skunks have sprayed does not mean that that they are hanging around. In fact, skunks hate that smell just as mush as we do. A skunk will never spray another skunk, especially a member of his own family. Rather than setting traps and waiting, I wanted to give this customer a faster solution, especially since the skunks were localized to a specific area under her deck. My plan was to exclude skunks and other wildlife from entering under her entire deck by installing heavy-gauge metal mesh behind a beautiful white lattice that would give the deck a better appearance. I would also installed a temporary one-way exclusion that would allow the animals to get out, but prevent them from returning. Once I knew there was no more wildlife under the deck, I’d then install the final piece of fencing. The homeowner was pleased that, with this critter control barrier in place, she would not have any more unwanted visitors under her deck again.

Recently, we went out on a service call for a homeowner in Plainsboro Township, NJ who contacted Cowleys for a groundhog issue. As the homeowner was fixing a post in his deck, a groundhog peaked his head out! Needless to say, this scared the daylights out of the homeowner. Groundhogs are outdoor rodents that build their homes underground. An adult groundhog is an herbivore with an immense appetite, eating 1-1 ½ pounds of vegetation a day. As a groundhog prepares for hibernation by consuming even more food, there may be considerable damage to a home.

As we began inspecting the exterior of the home, we found several burrows around the deck area. A groundhog burrow is a marvel of animal engineering. These underground homes run two to four feet beneath the surface and range from eight feet to more than 60 feet long, with multiple exits and rooms. A burrow is usually equipped with two or three entrances, each of which is 10”-12” wide and marked by excavated soil. Groundhogs even build separate chambers in their burrows to serve as bathrooms!

To eliminate the problem, we dug 10 inches down and 10 inches out from the deck and installed hardware cloth around the perimeter. After installing the hardware cloth, we then placed lattice over it. This will to make it aesthetically pleasing to look at and adds an extra level of reinforcement to keep animals away. Over by the main access point, we placed a one-way exclusion device to allow any groundhogs that may be hiding under the deck to come out. A one-way exclusion device is a device that allows a critter to safely exit the harborage spot and prevent them from getting back in. Finally, we backfilled over top hardware cloth and up to the bottom of the lattice. We scheduled a follow-up inspection to monitor the harborage areas and, once the home is free of groundhogs, seal up the final piece of lattice and hardware cloth. 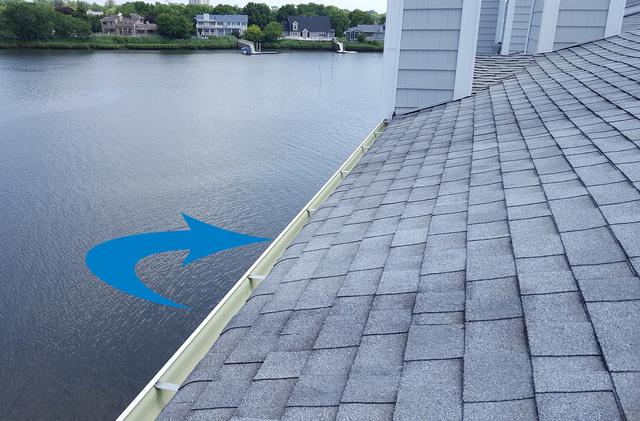 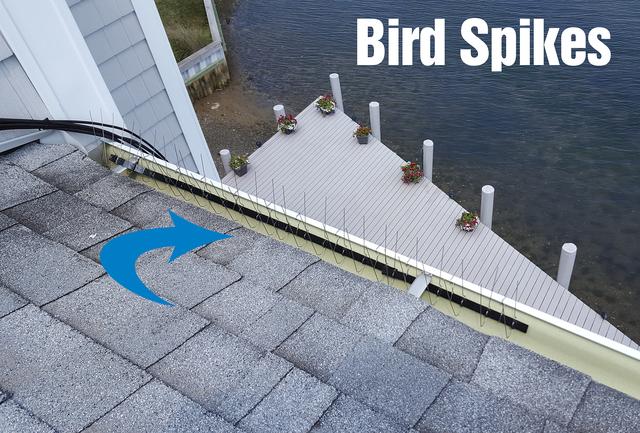 Pigeons and seagulls can find landing spots on ledges and other areas of rooftops, especially on the Jersey shore. For this house in Beach Haven, NJ, the homeowners were having issues with nuisance birds making their roof the birds new home.

These birds were landing and roosting on the gutters, causing a mess. We installed bird spikes to deter these birds and send them elsewhere. 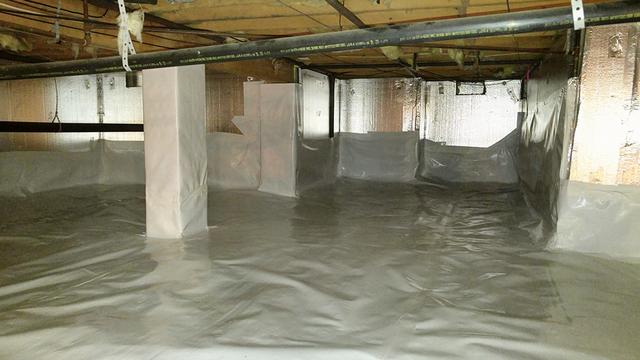 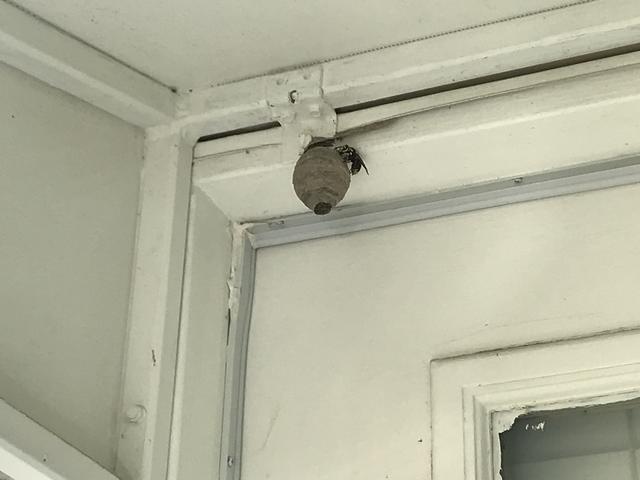 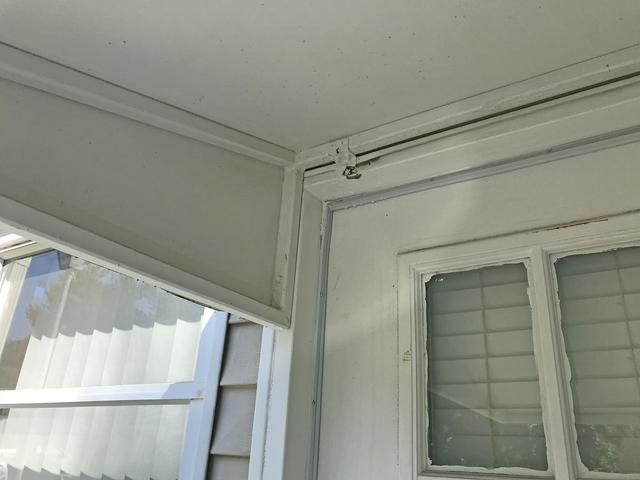