Red Foxes in New Jersey: What You Need to Know 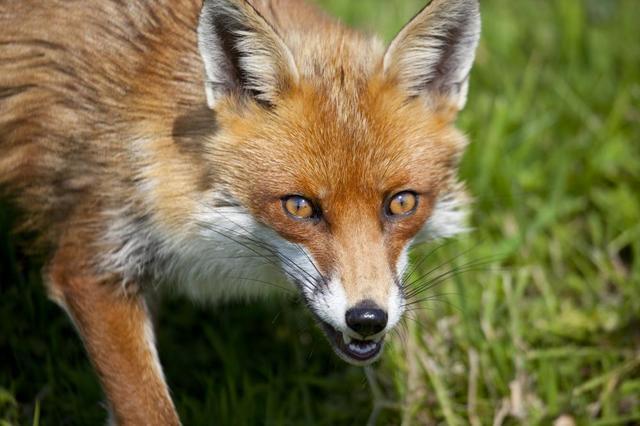 The red fox is the size of a small dog with orange-red coloration, weighing no more than 12 or 13 pounds and has pointed ears, slender muzzle, slanted eyes, and an unusually long tail. Their diet consists of rodents, rabbits, and other small game as well as birds, but they will also eat fruits and vegetables, fish, and even worms.

Red foxes commonly live in close association with human residences and communities because of diminishing habitat and increasing numbers and, similar to raccoons and opossums, foxes will eat from trash receptacles and pet food left outdoors. They can grow accustomed to human activity but are rarely aggressive toward people. Their direct threat is to small domestic animals, especially cats and livestock.

A big threat from foxes is that they can harbor various types of parasites and diseases. The major concerns are rabies, fox tapeworm, and sarcoptic mange mites. Rabies is a viral disease of mammals, which infects the central nervous system, and ultimately causes death if not treated. It is transmitted through infected secretions, typically from bites, and foxes are major vectors of rabies.

The fox tapeworm is a parasite that causes serious or fatal liver disease in humans. The parasitic mite causing sarcoptic mange in foxes can infect both foxes and domestic dogs. Other diseases transmitted by foxes include canine distemper, parvovirus, roundworms, canine heartworm, and other parasites.

Fox removal should immediately take place if they have become too comfortable around people because they may attack when unintentionally threatened by humans, especially small children, who may try to pet them.

Article: 7 Quick Tips to Prevent Bringing Bugs In with Your Firewood
Article: After Tick Bites
Case Study: While the Homeowners Away the Raccoon will Play in Beachwood, NJ
Case Study: Squirrels in Get in Through Damaged Fascia in Howell, NJ
Video: TechTalk: All About Nuisance...
Video: Adding Some Much Needed Insulation...
Photo Gallery: Skunks are Expert Diggers in Toms River, NJ
Photo Gallery: Ants Coming Out of the Backsplash in Red Bank, NJ
Back to Previous Page
Back to Technical Papers