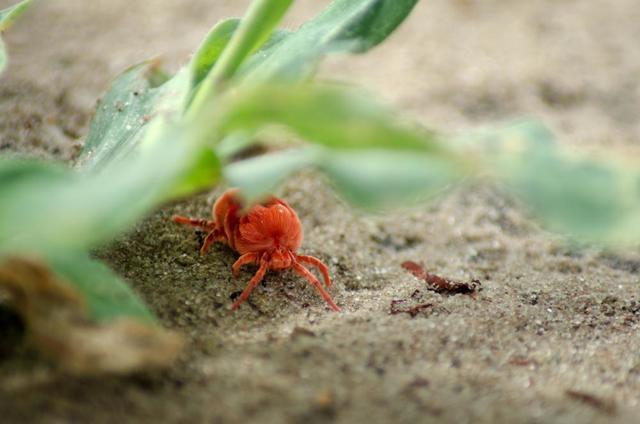 Clover mites are oval-shaped, reddish colored insects that are the size of a head on a pin. These mites do not attack people and cannot reproduce under indoor conditions. They will perish quickly inside homes. The mites are usually encountered on windowsills on the sunny side of homes and move about at a rapid pace. Outside, they will show up on siding, paver patios, and concrete steps or benches. These pests emerge in early spring, thus becoming a nuisance when homeowners encounter them while being outside.

Their activity increases as temperatures start to drop, during which they feed on clovers, over-fertilized grass, and many other plants. In fact, clover mites eat more than 200 different plant species, including some flowers. When dealing with clover mites, it is strongly recommended that you do NOT crush them. Why? When smashed, adult clover mites leave behind a red stain, especially on items such as curtains, wallpaper, rugs and other furniture that are lighter in color. As such, clover mites found in the home should be vacuumed up instead of crushed.