Voles & The Damage They Cause 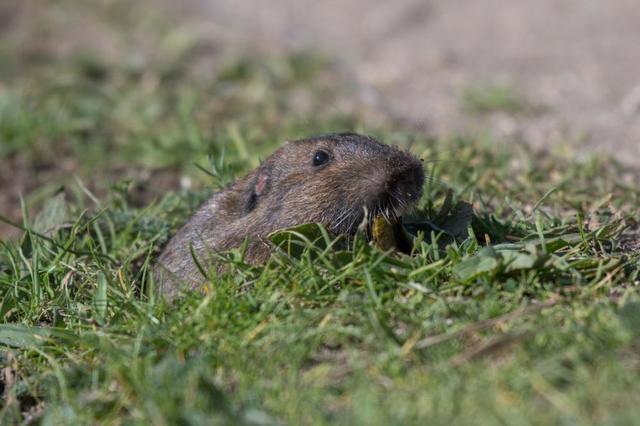 Also called meadow mice or field mice, voles are rodents with small eyes and partially hidden ears. Their underfur is generally dense and covered with thicker, longer guard hairs. They have compact with stocky bodies, short legs, and tails and are about  4 – 8 ½ inches in length (depending on the species). Voles are active day and night, year-round, they do not hibernate and their diet consists of plants, especially grasses and seeds, as well as bark, crops, insects, and animal remains.

How to Tell the Difference Between A Vole and a Mole

Moles are subterranean creatures, tunnel underground and lift the soil upwards, loosening it up. They also have deeper feeding tunnels that they use as a network and have secondary runways that appear on your lawn’s surface that look more like raised ridges and have little volcano-shaped mounds.

You’ll know voles by the shallow snake-like tunnels that you’ll see all over your lawn. The tunnels are about two inches wide and very near the surface so they can eat their favorite food, grass stems and blades. Voles construct tunnels with numerous burrows entrances and are especially manic in the early springtime.

The Damage Voles Cause

Voles can cause extensive damage to orchards, tree plantings, and field crops. Voles eat crops and also damage them when they build extensive runway and tunnel systems. Voles also can ruin lawns, golf courses, and ground covers. Although they pose no major public health hazards, voles are capable of carrying disease organisms, such as plague and tularemia.

Tips to Avoid a Vole Infestation

Article: The Difference Between Moles & Voles
Video: Tips to Prevent Moles & Voles From...
Video: TechTalk: All About Rodents
Back to Previous Page
Back to Technical Papers