Moles: What Are They & How to Search for Them 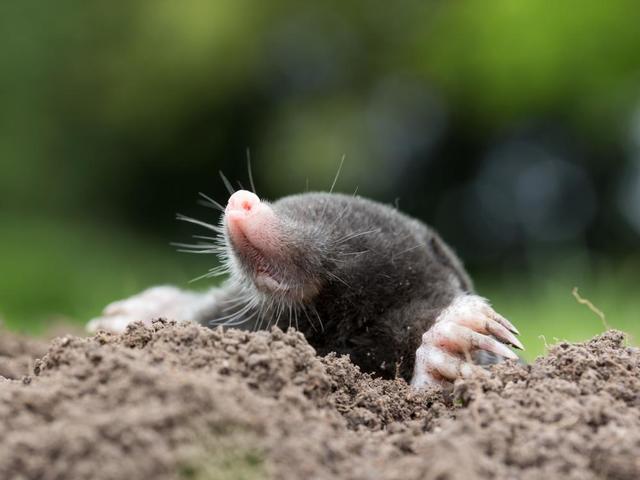 Moles are small insectivores that live and forage underground in broad systems of burrows and tunnels. They are abundant in fields, meadows, orchards, and forests with plenty of shady vegetation because they prefer to dig in soil that is loose and moist. Moles prefer to live a solitary life in their own tunnel system except during breeding season.

Moles are about 4-11" long (including tail), have brown or grey fur with a cylindrical body with a short tail, very small concealed eyes and ears and small hind feet and larger forefeet for digging.

Most people have never seen a mole, however, they are well aware of the damage that they cause! When you see a series of 3- to 5-inch round, raised ridges breaking the surface of your lawn that is accompanied by tiny dirt volcanoes, you know you have moles tunneling below ground.

How to Search for Moles

A moles favorite food is earthworms which also happens to be a robins favorite food. So anytime you have areas in your yard where you’re seeing an unusual amount of robin activity is where you want to start your search for moles. The robins essentially are going for the worms that are closer to the surface. This will attract the attention of moles.

There are two types of tunnels that moles dig. Travel tunnels and feeder tunnels. Travel tunnels are usually around a landscaped edge that’s long and relatively straight. Moles use them to travel from tunnel to tunnel as often as 3 times a day and they’re considered active tunnels. You can always tell where a travel tunnel is because the ground will feel soft to the touch.

Article: The Difference Between Moles & Voles
Video: Tips to Prevent Moles & Voles From...
Video: Moles Trick Homeowner in...
Back to Previous Page
Back to Technical Papers