What You Need to Know About Mosquitoes and Zika Virus 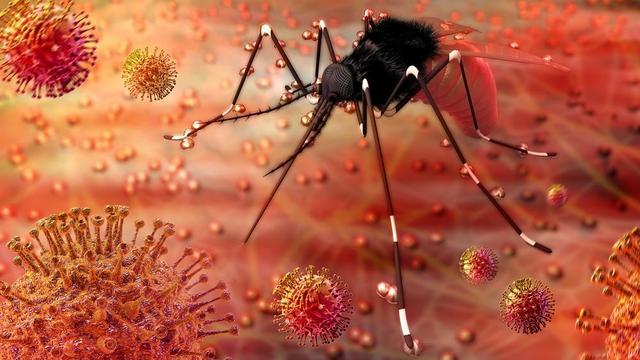 Why are mosquitoes considered a dangerous pest?

Mosquitoes are vectors of numerous diseases and are often described as one of the deadliest animals on earth. Some of the most common and well-known diseases transmitted by mosquitoes include Zika, West Nile virus, malaria, dengue, chikungunya, and equine encephalitis (EEE). According to the World Health Organization (WHO), mosquito bites result in the death of more than 1 million people every year — the majority of these deaths are attributed to malaria and not in the United States.

Where are mosquitoes found?

Mosquitoes can breed in as little as a ½ inch of standing water. This underscores the importance of homeowners regularly checking their property for containers that could be collecting water and providing a safe harbor for mosquitoes to breed.

Are mosquitoes more prevalent during a specific season?

Mosquitoes are considered one of the summer’s most dangerous pests, but they also thrive in the spring and fall. In fact, mosquitoes will remain active as long as the temperature is above 60 degrees.

What are some precautions that can be taken to help prevent mosquito bites?

There are a number of precautions that people can take to protect their home and family from mosquitoes. The National Pest Management Association (NPMA) recommends the following tips:

What is the Zika virus?

Zika is a disease that is spread to people primarily through the bite of an infected Aedes species mosquito. According to the CDC, Zika was first discovered in 1947, and in 1952 the first human cases of Zika were detected. Since then, outbreaks of Zika have been reported in tropical Africa, Southeast Asia, and the Pacific Islands. More recently, epidemics have spread across the Eastern Pacific and into South and Central America. There have also been reports of Zika cases across the United States.

How is Zika transmitted?

Zika virus is spread through the bite of an infected Aedes genus of mosquitoes, which is the same type of mosquito that carries dengue fever and chikungunya. Aedes aegypti, which live predominantly in tropical and sub-tropical regions, are the primary carriers of Zika. Aedes albopictus, commonly known as the Asian tiger mosquito, might also transmit the virus and is found much farther north in the summer.

What are the chances of a Zika outbreak in the United States?

While the probability of infected mosquitoes traveling to the United States is unlikely, there is reason to believe that the Zika virus can spread locally. If more imported cases continue to surface, especially as the summer months near, it may result in the human-to-mosquito-to-human spread of the virus in areas of the country where mosquito vectors are present. The National Pest Management Association (NPMA), Centers for Disease Control and Prevention (CDC) and other organizations are monitoring the situation closely. Please find more up-to-date information at PestWorld.org and at CDC.gov.

What are the symptoms of Zika?

For the complete information regarding Zika symptoms, diagnosis, and treatment, see here from the CDC.

Does Zika have any adverse effects?

According to the WHO, there are reported potential neurological and auto-immune complications associated with the Zika virus disease. Recently, local health authorities in Brazil, have reported an increase in Guillain-Barré syndrome which coincided with Zika infections in the general public, as well as an increase in babies born with microcephaly. More investigation is needed to better understand the relationship between these conditions and the Zika.

What should I do if I suspect that I have Zika?

If you start experiencing symptoms of Zika, it’s important to seek immediate medical attention, especially if you are pregnant.

How can I prevent Zika Virus?

Following the NPMA provided prevention tips can help protect your home and family from biting mosquito populations, additionally, it is important to follow updates from the CDC and WHO regarding transmission to limit your risk. If you are traveling, check for travel advisories declared by the CDC.

Article: What Attracts Mosquitoes to Your Yard
Case Study: Bald-Faced Hornets Like to Watch Tennis in Old Bridge, NJ
Case Study: Condominium Unit Plagued by Carpenter Ants in Tinton Falls, NJ
Video: Beavers Turn a Beautiful Creek...
Video: Mosquito Multiplier from...
Photo Gallery: A Massive Swarm of Yellow Jackets Found in the...
Photo Gallery: Termites Found Around this Home in Brick, NJ
Back to Previous Page
Back to Technical Papers