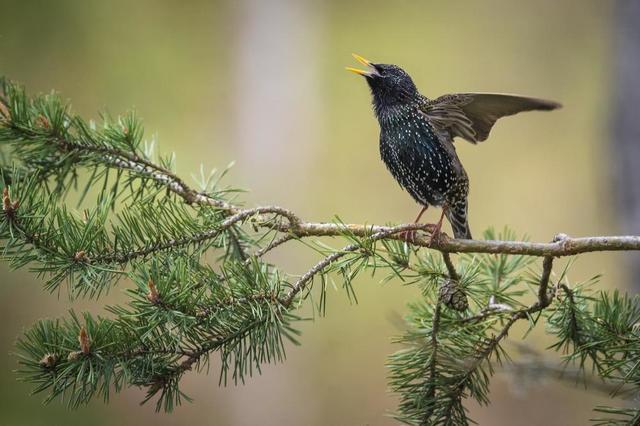 Starlings have a reputation of being the most annoying and common home-invading birds in the US. Starlings are stocky black birds with short tails, triangular wings, and long, pointed bills. They nest in holes and cavities and often use holes in buildings — primarily dryer vents. Starlings will exploit a vent opening to build a nest inside the home. Damaged exhaust vents not only allow birds and other critters to gain access to your home but also allow moisture to come in, which can lead to mold and mildew problems.

In 1890 a man named Samuel Schieffelin released 80 of these birds in Central Park and did the same with another 40 in 1891. His plan was to introduce all of the species mentioned in the plays of William Shakespeare to North America. European starlings were not native to North America. Schieffelin imported the starlings from England. Scientists estimate that descendants from those two original released flocks now number at more than 200 million residing in the United States! The starlings have also had a negative impact on the US economy and ecosystem, which designates them as an invasive species.