Homeowner's Guide to Groundhogs in NJ 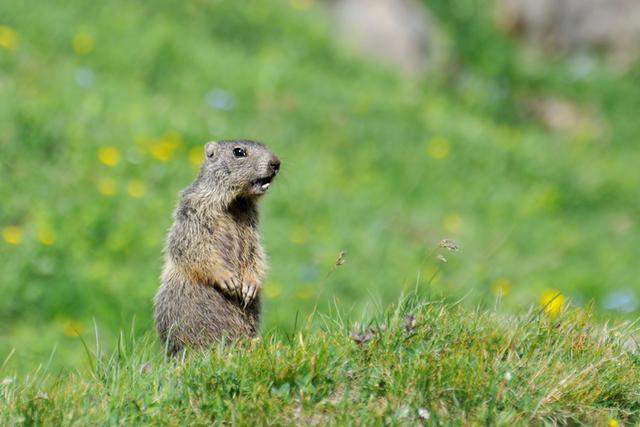 Groundhogs (woodchucks) are chunky, burrowing rodents that will dig deep burrows in your yard, right up there with moles, voles, shrews, and gophers, and cause extensive property damage. These rodents are sometimes referred to as whistle pigs because they use loud whistles to communicate with each other, especially when alarmed (also, any serious whiskey connoisseur knows of Vermont’s Whistlepig Rye Whiskey, one of the top-ranked rye whiskeys!). Groundhogs are technically in the marmot family, which are a group of large ground squirrels. Unlike the much more visible tree-dwelling squirrels, such as the Eastern gray squirrel we see scampering throughout New Jersey, groundhogs usually stay hidden, living underground in burrows. They are one of the few mammals along with skunks, bats, and bears that actually hibernate during the winter. Most marmot species live in mountainous areas far away from the continental United States such as in Alaska, Siberia, and the Himalayas. In fact, of the 14 species of marmots, only the groundhog is widely found throughout most of North America, including right here in New Jersey. The groundhog has readily adapted and adjusted to a variety of New Jersey habitats and has even taken up residence in sea-level communities along the Jersey shore.

Groundhogs are much larger and chunkier than tree squirrels. They are about two feet long, including their tail, and can weigh up to ten pounds (in comparison, an Eastern gray squirrel is lucky to weigh over one pound). Groundhogs are shaped like moles and have long curved claws perfect for digging burrows. Groundhogs are mostly herbivorous, eating wild grasses, berries, and other vegetation. If groundhogs wind up on your property, their feeding and burrowing behavior will destroy gardens, fruit trees, and ornamental shrubs that you worked so hard to cultivate. Also, and this is important — because groundhogs are considered a rabies vector here in New Jersey along with raccoons, skunks, and foxes, there are restrictions as to their relocation. These animals may look cute and cuddly. But don’t be fooled. Groundhogs are nasty, aggressive, biting wild animals that can easily nip off a fingertip. There are far safer DIY weekend projects. An experienced nuisance wildlife specialist will ensure compliance with all applicable state laws and municipal ordinances.

"I am very excited to have found Cowleys. Tom was very thorough of my situation of a family of groundhogs on my property. Dawn."
Read More