Homeowner's Guide to the White-Footed Mouse

The white-footed mouse, Peromyscus leucopusis, is the most common woodland animal in the state, 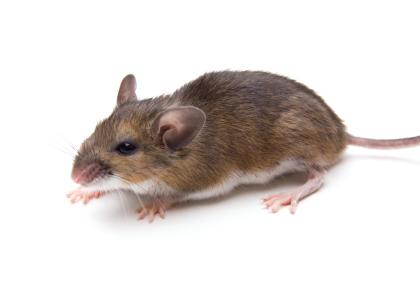 especially here in Monmouth Ocean, and Middlesex Counties in New Jersey.  Also known as the "wood mouse," the white-footed mouse is named for its distinctive white feet. Another white-footed mouse, the deer mouse, is generally limited to higher elevations in the northern part of New Jersey.

Besides its white “boots,” the white-footed mouse is light brown with a white belly and throat and large, black, protruding eyes. Its ears are thin, sparsely furred, and prominent and its whiskers are long and conspicuous. The mouse has a darkish brown stripe along the middle of the back from the head to tail.  About 3 inches long, it weighs just under one ounce and has a narrow tail half its body length. They are most abundant in brushy, grassy white-footeds, Good swimmers, the white-footed mouse is also found marshes, bogs, and swamp edges. They tend to nest in underground burrows.

When food sources dwindle during the winter and rodents are seeking protection from the elements, these rodents may be found foraging in garages. They readily enter homes, particularly in suburban and rural areas. We see a lot of white-footed mice in towns with horses and farms such as Colts Neck, Freehold and Howell. To discourage rodent infestations, keep a clean home, especially in the kitchen with food stored in rodent-proof containers and foot particles removed from dishes, counters, and floors. Keep a tight-fitting lid on garbage and discard uneaten pet food at the end of the day.

White-footed  mice are vectors of serious, potentially fatal human diseases including hantavirus, Lyme Disease, and other diseases such as ehrlichiosis and babeosis.

Hantavirus pulmonary syndrome (HPS) is an acute illness caused by a virus (hantavirus).  It is associated with a high fever that rapidly progresses to acute respiratory distress syndrome and shock. Without immediate medical intervention, there is a high risk of death.   Initial HPS symptoms are nonspecific flu-like symptoms including fever, muscle aches, and fatigue.  The disease rapidly progresses and most soon require assisted ventilation in a hospital.   About half of those who contract HPS die.  Fortunately, the disease is relatively rare, but breakouts can and do occur.  It would be a safe precaution for homeowners to assume that the droppings and urine of white-footed mice are contaminated with the HPS virus.  The common house mouse does not carry the HPS virus

Areas of patchy woods, which are very common in cities and suburban and rural areas, have higher populations of Lyme disease. Many of our developments in New Jersey are surrounded by woods. In these fragmented areas there are fewer larger predators and the smaller ones, like white-footed mice thrive. Forest patches smaller than three acres, a common occurrence in Monmouth, Ocean, and Middlesex Counties, saturated with white-footed mice, have an average of three times as many ticks as larger forest areas – and those ticks are much more likely to be infected. A scary statistic: In small forest patches, up to 80% of the ticks are infected with the Lyme bacteria as well as other emerging diseases such as babesiosis, anaplasmosis, and tick-borne encephalitis.

These tiny deer ticks have caused much human suffering here in New Jersey and in other states along the East coast. And they could not have done it without their partner in crime, the white-footed mouse. 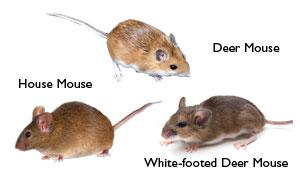 Article: Watch Out for Winter Wanderers
Article: Mice Are Not Loners: If You Spotted One, There Are Others Hiding
Case Study: Mice in Toms River Kitchen: Dead! | Mice Control and Removal Services in Toms River
Case Study: Mice, Bats, and Birds OH MY! Mice, Bats, and Bird Control Services in Marlboro, NJ
Video: TechTalk: All About Nuisance...
Video: Mouse Problem in Asbury Park, NJ
Photo Gallery: Association Has Mice Problems in East Brunswick,...
Photo Gallery: Here's How to Prevent Rodents From Infesting Your...
Back to Previous Page
Back to Technical Papers