Homeowner's Guide to Bees and Wasps

According to the National Pest Management Association, stinging insects, 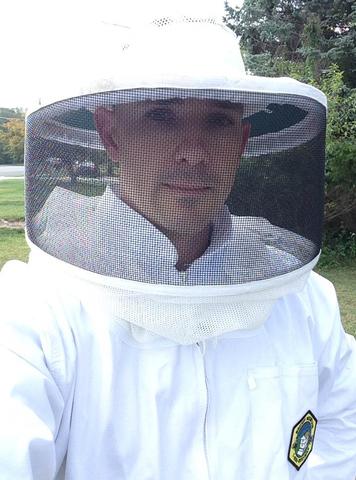 like bees and wasps, send over 500,000 people to the emergency room each year. It is important to understand important information about bees and wasps in order to keep your home and yard safe for you and your loved ones.

What are the differences between Bees and Wasps?

Bees and wasps in New Jersey are both members of the order Hymenoptera, and have some similar characteristics: they both have six legs, antennae, the ability to sting, and the ability to fly. Bees, however, have a rounder, thicker body with more hair than wasps but typically have shorter and thicker legs. Bees drink nectar and collect balls of pollen on their legs. Wasps may be found near flowers but they do not collect pollen. Wasps are predators of other insects or are scavengers. Because some wasps are scavengers, you are more likely to find them near open trash cans or at places where people have food, like picnics.

What Species of Bees Are Found in New Jersey?

There are three main species of bees in New Jersey: the honey bee, the bumblebee, and the carpenter bee. Most species of bees are valuable pollinators and play an essential role in the production of food crops.

What Species of Wasps Are Found in New Jersey?

There are four common species of wasps in New Jersey: the yellow 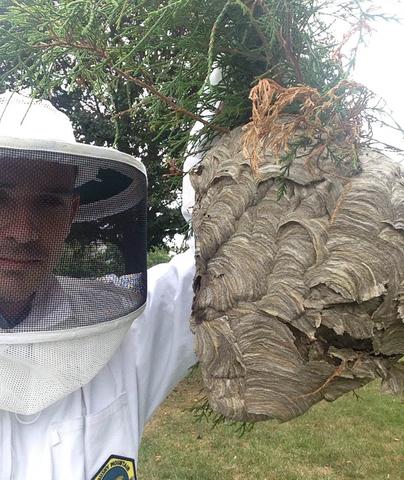 jacket, the paper wasp, the cicada killer, and the bald-faced wasp. Just this fall, we had numerous calls in West Windsor, NJ, Hazlet, NJ, Whiting, NJ, and Tinton Falls, NJ for giant wasp nests. The most common stinging insects to invade people’s homes in New Jersey are the very aggressive yellow jackets. Watch this video of wasps entering this home in Edison, NJ through the soffits behind the gutter.

How Do Bees and Wasps Enter Your Home?

Bees and wasps may enter homes through open windows and doors, cracks in siding or masonry work, and torn window screens. If you see them flying in and out of a crack or crevice of your home do not make the mistake of sealing their entry point with caulking or foam. If you seal their entry point before eliminating them, you could trap them in your home.

What Should I do if I see Bees or Wasps in my Home?

Bee and wasp nest removal should be done by trained professionals because: