When  the City of Elizabeth and the Division of Transportation was having problems with pigeons roosting, nesting, and defecating on pedestrians below, what were they to do? They had been cleaning, sweeping and power spraying weekly for years. The cost and man power had gotten to the point where both entities were arguing over who was responsible. Something had to be done! Bird Solutions by Cowleys was called in to mediate and solve the problem. The area was surveyed and the damage discussed. We recommended using bird netting on the underside of the bridge. We can take away all their landing areas by netting off their access. Yes, this is a really big net. It measured approximately 130'x120' with many additional 10x10 nets on the side and two other large sections measured 120x10. We believed it was doable! The job was very challenging due to the weight of the netting and the supports needed. We had to work with heavy traffic on Route 1 and Elizabeth Ave in Elizabeth, and all the foot traffic in the vicinity. One of the most challenging aspects was to net the areas without trapping live pigeons above it. We did manage to have a few pigeons caught in the netting, so we installed one-way doors that allowed the pigeons to exit but not re-enter.  The end result was the area was cleared on the birds and there are no more droppings and no more cleaning! Everybody was happy except the pigeons, they had to relocate. 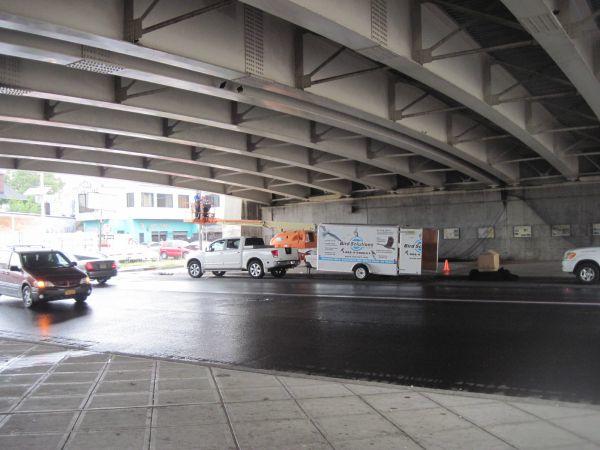 Pigeon Problems for the City of Elizabeth 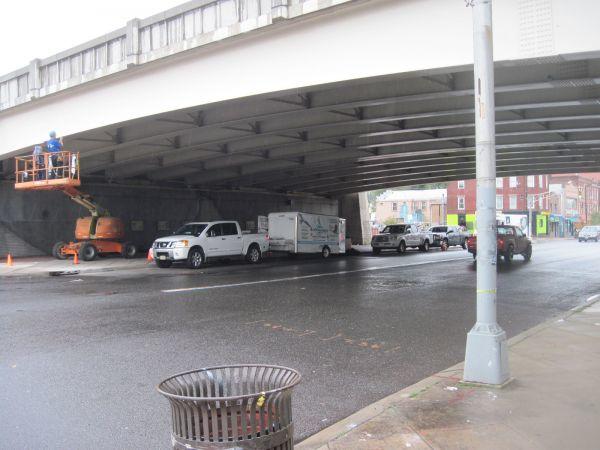 Pigeons in the City of Elizabeth

Birds cause messes, and they also spread disease. 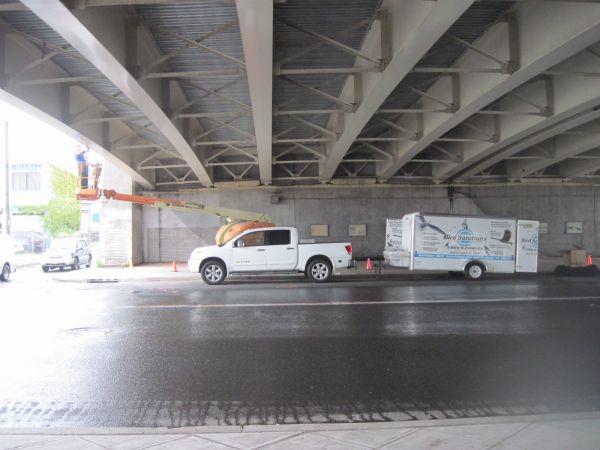 Pigeon Problems Solved for the City of Elizabeth

The city wont have to worry about cleaning up after birds here again!