Cowleys received a call from a homeowner in Shrewsbury, NJ for help with a nuisance wildlife problem. He reported a mother ground hog and her babies living under his deck. I was dispatched to the home and immediately investigated the property to determine the strategy to capture the animals. The ground hogs were able to come and go from multiple areas under the deck. Rather than setting up traps in arbitrary locations and hoping for the best, I improved the odds of a successful capture by using our dig defense. This strategy blocks about 90% of the areas so that the animals are funneled towards my traps. I installed a one-way trap by one of the remaining openings to get under the deck. This trap caught the mother and, as a bonus, I also trapped two of her babies that were all leaving together.  Soon thereafter, I caught another baby on the deck in another trap left at another opening. where I had a open trap at the other opening I left. But my work was not yet done. I could still hear at least one other baby under the deck. I removed the captured ground hogs and reset my three traps. I knew any other babies would soon venture out looking for their mother. Sure enough, I returned a few hours later and another baby was caught. I determined there were no other babies under the deck. I relocated the mother and her four babies far away from the home. The customer was impressed with our dig defense, and we are installing it later this week. Living in a wooded area, the homeowner will always be dealing with wildlife in his yard, but no animals will be able to return under his deck again. With wildlife, it’s best to keep a healthy distance, and once wildlife enters the structure of the home, they are too close for comfort. If wildlife feels trapped and threatened, especially a mother protecting her babies, those cute little animals become vicious, not hesitating to use their sharp claws and teeth. A trained wildlife technician will safely and humanely remove them. 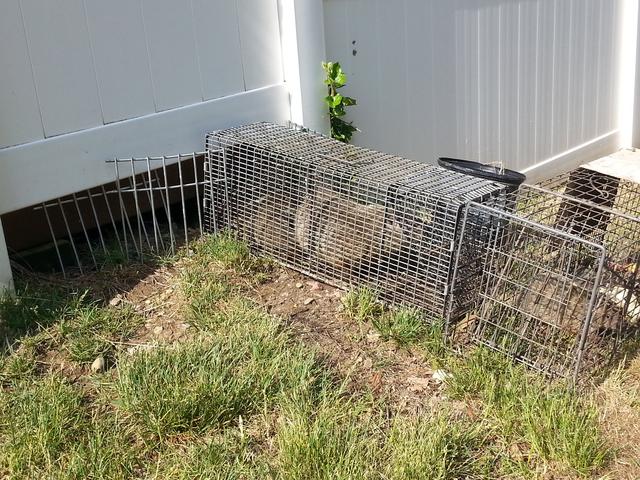 Establishing an effective strategy and properly set traps made this job call successful. 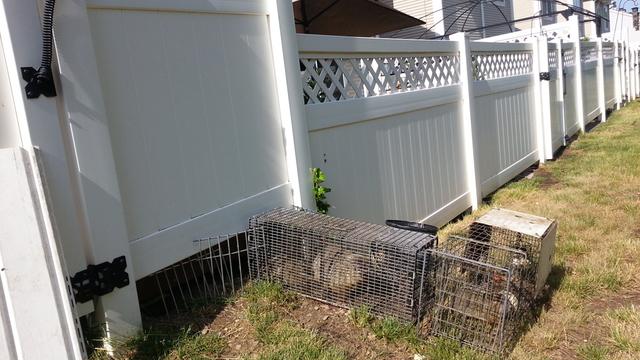 Ground Hogs Trapped at a home in Shrewsbury, New Jersey