Installing a Beaver Deceiver to...

Securing a Shed from a Groundhog...

I was dispatched to a summer home in Bayville, NJ for a possible wildlife infestation. The homeowners, while in the process of closing their home and heading back to their permanent residence, heard wildlife noises in the chimney. After investigating the situation, I determined that there was indeed wildlife presence. At least one raccoon was using the chimney for shelter. Raccoons may look cute, but they are the primary carrier of rabies in New Jersey and can be aggressive. Most likely, the chimney was being used by raccoons as a temporary shelter, and was not its "regular" shelter. Raccoons often avail themselves of numerous rest areas, selecting them near food and water sources. According to wildlife experts, a raccoon can occupy a ten-mile radius of territory.

We set two traps on the roof and placed silver metallic tape over the gaps in the chimney top. I use tape as a signal. I’ll know the raccoon has left an enclosure like a chimney if the tape is broken, and often I’ll find animal fur stuck ago the tape. Good news! After four days, the tape had not yet been broken. This was more than enough evidence that the raccoon was not in the chimney a at the I had set up the traps and put on the tape. Since any raccoons were long gone, I removed the traps and the tape. Before leaving, I wanted to be sure that raccoons or other wildlife would be excluded from the chimney by placing hardware cloth over the chimney holes. Now, with the exclusion in place, wildlife will no longer be able to access the home through the attic.

Recently, we went on a service a call in Bayville, NJ for a homeowner who was complaining of an excessive amount of moisture in his crawl space. Excessive moisture in your crawl space can have a major impact on your family’s health. In fact, 40% of the air in your home comes up through the crawl space — which means that moisture and mold can seep into your home, where you're breathing it in.

Once we arrived at the property, we equipped our personal protective equipment (PPE) and began our inspection. After surveying the crawl space, we noticed that the homeowner had a dirt floor crawl space and that his home was located right on the bay. Dirt floor crawl spaces attract and absorb moisture. When the dirt dries, it causes humidity levels to rise in your home. After a thorough inspection, we determined that this was the cause of the moisture build-up in the crawl space.

The best treatment method to remove the moisture is to encapsulate the crawl space. First, we installed a vapor barrier. A vapor barrier is a super-durable, 20-mil 7-ply plastic sheet material made up of high and low-density polyethylene with polyester-cord reinforcement. The vapor barrier resists the passage of air and by stopping air movement from the ground, it can also turn your crawl space into a semi-conditioned space. Next, we removed the existing fiberglass insulation and replaced it with encapsulated comfort thermal insulation. Then, we installed a smart pump with a battery back up and auxiliary pump to remove any groundwater underneath the liner.

Finally, in order to prevent mold growth, we installed a SaniDry XP commercial dehumidifier. These machines are specifically designed and manufactured for the challenging environments of basements and crawl spaces. The SaniDry XP is a powerful energy-efficient dehumidifier that outperforms standard household dehumidifiers by as much as 10 times while using the same amount of energy to run. The SaniDry XP can effectively cover indoor living spaces over 3000 square feet, making it well-suited for basements and crawl spaces over 40” high.

This homeowner in Bayville, NJ was fed up with his attic getting uncomfortably cold in the winter and unbearably hot in the summer, so after seeing one of our Ads in a magazine, he called our office for a free inspection.

TruSoft insulation maximizes home comfort, has the highest Class-1 fire safety rating, is resistant to mold and pests, is eco-friendly, and optimizes energy usage for year-round peace and savings. Additionally, as a high-performance product, cellulose insulation can raise the insulation R-value to recommended conditions needed for your attic.

Here at Cowleys Pest Services we not only adhere to the highest pest control standards, our goal is to provide you with an excellent experience and service in Bayville and nearby NJ.

Since 1991, we have been treating a wide variety of pests, bedbugs, insects and rodents -- just contact us to get more details on your home or building's issue. Take advantage of our expertise to get rid of unwanted pests or animals in your Bayville, NJ home.

Recently, I received a call from a homeowner in Beachwood, NJ saying that she kept hearing loud noises in her attic at night. Now, what critter is...
Click to read solution... 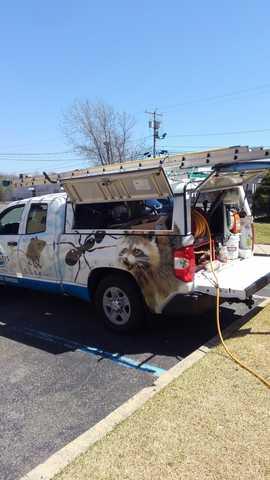 I recently completed a termite job in the beautiful Locust Point area of Middletown, NJ along the north banks of the Navesink River. The homeowner...
Click to read solution... 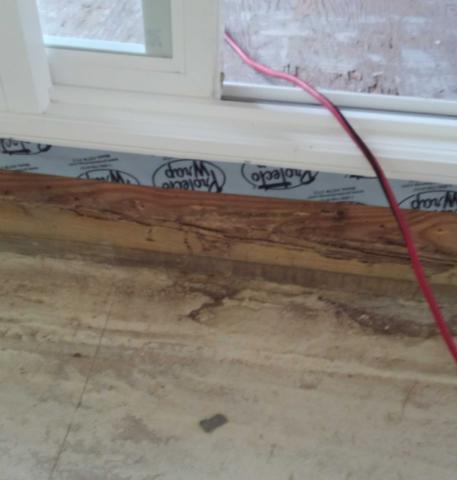 Recently, I completed a termite treatment for a home at a retirement community within Berkeley Township, NJ. Cowleys has had the opportunity to...
Click to read solution...
More Case Studies
Photo Galleries From Bayville

ComfortTherm® insulation provides excellent temperature and noise control, and comes with a vapor-retarder for use in hot, humid climates.

This allows the beavers to reclaim their habitat, but the water will continue to flow and not clog any of the Culvert pipes or streams. Most importantly, the water will no longer flow onto the business owners property and cause any further damages.

So we removed the old insulation and added ComfortTherm® insulation.
Job Stories From Bayville, NJ
Squirrels Nesting in Insulation of Bayville, NJ Attic

Recently, homeowners in Bayville, NJ, contacted Cowleys to deal with a possible wildlife infestation in their attic. Like clockwork, the homeowners would hear noises coming from the attic the first thing in the morning, right before leaving for  work. Whatever had taken up residence above them was on the same work schedule!

When the homeowners told me what they were hearing and the timing of the noises, I suspected a squirrel infestation. Sure enough, that’s exactly what it was. The most common nuisance animals that infest attics from access points in and around roofs are squirrels and raccoons. With less frequency, we deal with bats and birds. Of course, mice and other rodents often make their way into the attic. However, they usually enter around the home’s foundation and then find their way up there through wall voids (although every so often, mice will make their way to the roof by climbing up a gutter downspout).

With squirrels in the attic, homeowners usually hear the fast pitter-patter of these light and fast animals scurrying about. Sometimes you’ll hear scratching sounds or acorns or some other nut rolling around. As these homeowners found out, squirrels are diurnal rodents — they are active mostly during the day, so you’ll commonly hear them in the morning at first light, and then again in the evening when returning from foraging.

With any wildlife infestation, I always want to determine how the critters are gaining access into the home in the first place. Here, I observed a hole at the top of the stucco chimney area. Squirrels are actually very small animals and look much bigger because of their fur. They usually weight not much more than a pound and, excluding their tail, are no more than 10 inches in length. A gray squirrel can squeeze through a hole as small as a quarter — about the same as a rat! Eastern gray squirrels have two breeding periods per year, one in early spring with the pups born in March or April, and a second litter in mid-summer with the babies arriving in July or August. Because of the time of year, it was highly likely that this invading squirrel was a female with pups.

Effective animal trapping is more than setting up equipment. It’s as much of an art as it is science. Those who don’t know what their doing often come up empty handed. It requires careful planning, a knowledge of the target species, the correct bait and trap locations, and how and where to safely remove trapped animals, among other things. Here, I installed a multi-catch squirrel trap that can catch multiple squirrels without having to reset the trap as well as three baited traps along the roofline.  After successfully catching the mother, I carefully removed the pups. One of the photos shows the babies in their nest with insulation around the outside. I released the mother while leaving the pups inside the open trap. It’s important to minimize handling of the pups and allow the mother to retrieve them one-by-one and take them to her new nest.

These homeowners also had a large roof gap along the gutter line. With the high squirrel population in this area, this opening posed a risk of a wildlife re-infestation. Cowleys addressed his issue by installing a gutter guard that critter proofs the gap and prevents entry for a majority of nuisance wildlife.

Recently, I was dispatched to a commercial kitchen in Bayville, NJ that was having a problem with flies entering their facility through their backdoor. Flies carry a host of diseases and can transfer fecal matter and other pathogens to anything that they land on, including food and counter-tops. Obviously, for restaurants or anyone in the food service industry this is a serious health hazard. Fly infestations must be resolved in their early stages before they get out of hand and before the problem is noticed by patrons.

To deal with this fly infestation, I installed a fly light that attracts and traps many types of flying insects, including flies, gnats, and mosquitoes. The fly light lures insects with a special UV light and shiny surfaces and then captures them on pheromone fly monitor boards.  After this servicing, the customer decided join our fly control program so we can institute preventative measures to keep out flies and keep tabs on insect activity. These trapping boards will allow me to monitor the level of fly activity on subsequent visits. Needless to say, for a commercial kitchen, fly control is essential and restaurants should look for pest control service experienced with the unique pest control needs of their business.