Sign up for our Mosquito and Tick Reduction Program and get the first month for only $39.99 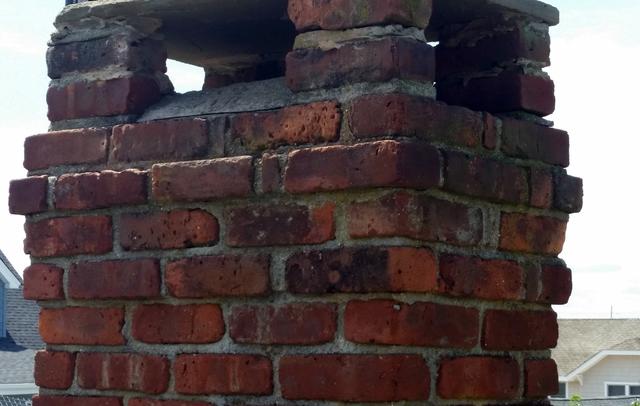 I was dispatched to a summer home in Bayville for a possible wildlife infestation. The homeowners, while in the process of closing the home and heading back to their permanent residence, heard wildlife noises in the chimney. After investigating the situation, I determined that there was indeed wildlife. At least one raccoon was using the chimney for shelter. Raccoons may look cute, but they are the primary carrier of rabies in New Jersey and can be aggressive. Most likely, the chimney was being used by raccoons as a temporary shelter, and was not its "regular" shelter. Raccoons often avail themselves of numerous rest areas, selecting them near food and water sources. According to wildlife experts, a raccoon can occupy a ten-mile radius of territory.

I set two traps on the roof and placed silver metallic tape over the gaps in the chimney top. I use tape as a signal. I’ll know the raccoon has left an enclosure like a chimney if the tape is broken, and often I’ll find animal fur stuck ago the tape. Good news! After four days, the tape had not yet been broken. This was more than enough evidence that the raccoon was not in the chimney a at the I had set up the traps and put on the tape. Since any raccoons were long gone, I removed the traps and the tape. Before leaving, I wanted to be sure that raccoons or other wildlife would be excluded from the chimney by placing hardware cloth over the chimney holes. Now, with the exclusion in place, wildlife will no longer be able to access the home through the attic.