Everything You Need to Know About Bat Baby Season 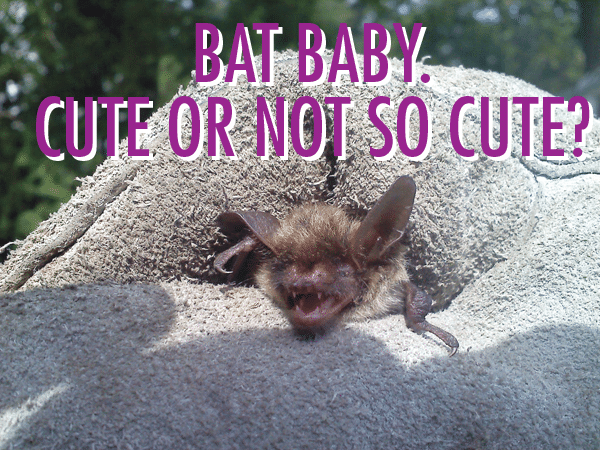 "The baby bat screamed out in fright, Turn on the dark, I'm afraid of the light."

It's a beautiful spring evening. As you sit out on your deck, you notice a bat fly overhead and think to yourself, that's strange. But then you see another. And another. That's strange quickly turns into what is going on? Where are all those bats coming from? You look up and your roof or chimney looks like the main runway at Newark Liberty Airport!

So, you have determined, possibly with the help of a nuisance wildlife professional, that your home has a bat infestation. You want the problem resolved quickly and the bats evicted. However, with bats there's a potential problem. Depending on the time of year, you may have to wait. Why? It is illegal to perform bat exclusions during what is known as "baby bat season," that special time of year when bats are giving birth to their young.

Bats will commonly move into your attic, roofline or chimney areas during May and can enter an opening as small as one-half inch. Bats will roost in: chimneys, open or broken vents into the attic, behind shutters, under loose siding, soffits, louvers, loose flashing, boards or roof shingles. Fortunately, bats don't chew through wiring, building materials, or wood like rodents.

These invading bats are most likely part of what is referred to as a maternity colony. Maternity colonies are a group of female bats that congregate to give birth and raise their young during the spring. Bat moms, grand-moms, sisters, aunts and nieces all live together as one supportive unit while the young pups (baby bats) are born and cared for. Each female has only one pup at a time. The pups are unable to fly for a few months. Most of the time, they are left in the roost while the mothers forage outside for insects. By the end of the maternity season, the pups are finally able to fly and are no longer left in the roost at night while the mothers feed.

In New Jersey, as in most states, bats are a protected species. Bats do much good; they consume high volumes of mosquitoes and other insects. One bat can consume 1,000 mosquitoes per hour! Bats are the only major predator of nocturnal insects. Also, bats are mammals just like us. Like all mammals, the female nurses their young with their own milk. Bats are unique because they are the only mammal can fly. It is illegal for anyone to hunt, capture, or kill them, including wildlife professionals and animal control officers. The only permanent method to remove bats from a home and to keep them out is to exclude them by sealing off actual and potential entry points.

Bat exclusion has two critical elements: (1) proper control methods and (2) proper timing. Proper control includes using netting and other means to effectively exclude bats from the structure. But there is also timing, when the exclusion methods can be used. During "baby bat season," it is illegal to perform any type of exclusion work. The length of the maternity depends on the climate; bats don't keep a calendar under their wings.  However, in New Jersey, the season can start as early as mid-May and end in mid-August with June and July being the two primary months where bat exclusion work is not permitted. While this may be frustrating for a homeowner with a bat infestation, the law is in place for good reason.

We cannot exclude bats during "baby bat season" not just because it is illegal; it is also inhumane. The pups cannot fly and will die without their mother. Leaving abandoned baby bats in a structure has many poor outcomes, including an odor problem if they die.  Also, excluding bats with babies still inside makes for a determined and relentless mother outside.  She will not stop attempting to re-enter the structure to get to her baby. The mothers can get through gaps or cracks that may have been missed when closing entry points or they could try to gain access through open doors and windows.

Suffice it to say, it is unwise to exclude during baby bat season. This is why it is so important for homeowners to know that May is the critical time to identify whether your property has been chosen as a bat maternity colony. If the female adults are just roosting and the pups have not yet been born, there is a rapidly closing window to exclude the bats. However, once we enter bat baby season with nursing pups, the bats must be allowed to remain in the structure until the pups can fly. Depending on temperatures, maternity season can end anywhere from the end of July into mid-August.  The end of the maternity season is the ideal time to properly perform netting and exclusion methods to remove the bats.

If you notice bat activity around your home contact us today!  We serve Freehold, NJ and many surrounding areas. Proper timing and proper exclusion are critical for long-term bat control. Bats are creatures of habit. They will return year after year to the same roosting site. With professional exclusion work, bats that have invaded your home will be properly removed and unable to regain access. Learn more about bats or call us at 1-855-239-9059.

Article: How to Avoid a Bed Bug Infestation During This Summer Travel Season 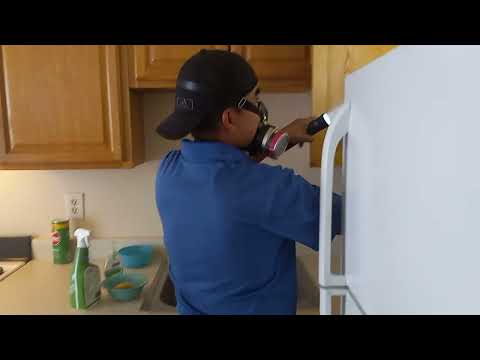 Treating Apartment for Cockroaches in...
The cockroaches were harboring in almost every crevice of this apartment unit in Jackson, NJ. Watch Video
Back to Previous Page
Back to News & Events