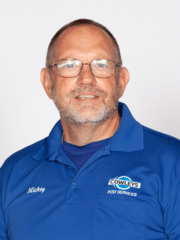 Prior to joining Cowleys, Mickey worked on the water, literally, as a first class seaman with the U.S. Coast Guard, America’s oldest maritime defender, where he protected our interests in U.S. ports, inland waterways, along the coasts, and in international waters. He brings his strict military discipline with him to Cowleys. Also, Mickey was a supervisor in warehousing and production facilities.

Mickey was anxious for a new career that offered a variety of assignments and one that required learning new skills and adapting to new problems. Mickey enjoys working outside, traveling around the state, and independently interacting directly with customers, and for him, it’s a welcome change to working behind the scenes in one facility day after day. He really enjoys that every day is different at Cowleys and the variety of work offers new learning experiences. Mickey is a NJDEP licensed applicator. 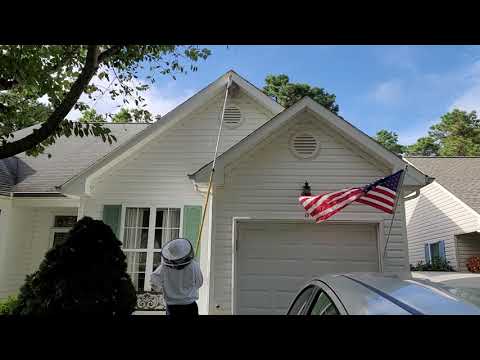 That hornets’ nest is located pretty high on this home in Jackson, NJ. Watch Video »

Cockroaches All Over Apartment in Cream Ridge, NJ

Brushing Away the Spiders in Hillsborough, NJ

Those Aren't Bumblebees, Those Are Carpenter Bees...

Spider Webs All Over House in Jackson, NJ